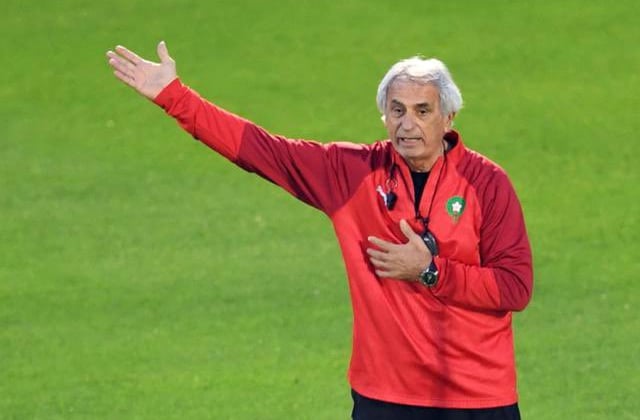 The national team has all the chances to win against its Sudanese counterpart during the match it will play, Thursday, for the first day of the African qualifiers for the World Cup Qatar 2022, said, Wednesday, the national coach, Vahid Halilhodzic.

In a statement to the press on the sidelines of a training session of the Atlas Lions at the Prince Moulay Abdellah stadiums in Rabat, he added that on paper, the national team has all the capabilities to win this match and thus ensure a special position in a tough group whose formations have qualified for the Africa Cup of Nations.

The group is determined to compete vigorously and get a positive result in this “difficult” game, he noted, adding that Sudan is one of the strongest teams, especially since its elements have shown great technical qualities in the friendly matches that the “Falcons of Jediane” have played in preparation for these qualifications.

After emphasizing that the national team is animated by a strong will to start the first day of the qualifications through a tactical approach, he said that he will work to remedy some technical deficiencies and overcome all obstacles to achieve the desired goals.

Halilhodzic indicated that the national squad, which will face a combative team, is the most favorite to reach the World Cup, believing that “achieve this bet is not difficult”.

Regarding the absence of Hakim Ziyech, the coach of the Atlas Lions explained that the behavior of the player “is not suitable for the national team, including his lack of discipline when it comes to attending training and apply the directives of the coach,” insisting that he does not accept this kind of attitude because the national team “is above all considerations”.