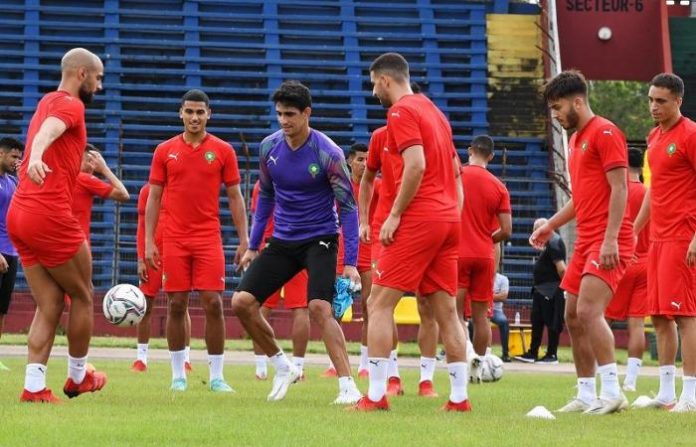 The match between the Moroccan soccer team and its counterpart of Guinea, to be held Monday in Conakry, as part the 2nd day (group I) of the African qualifiers for the 2022 World Cup has been postponed, the Confederation of African Football (CAF) announced Sunday.

“To ensure the safety and security of all players and to protect all match officials, FIFA and CAF have decided to postpone the FIFA World Cup 2022 qualifying match Guinea vs. Morocco, which had scheduled to be hosted in Conakry, Guinea, on Monday 6 September,” said CAF in a statement, adding that “the current political and security situation in Guinea is quite volatile and is being closely monitored by FIFA and CAF”.

“Rescheduling information will be made available at a later date,” according to the same source.

The other game in this group will oppose, Tuesday in Khartoum, Sudan to Guinea Bissau.

At the end of the first day, Morocco is leading with 3 points, ahead of Guinea and Guinea Bissau (1 pt each), while Sudan stands last with 0 point.