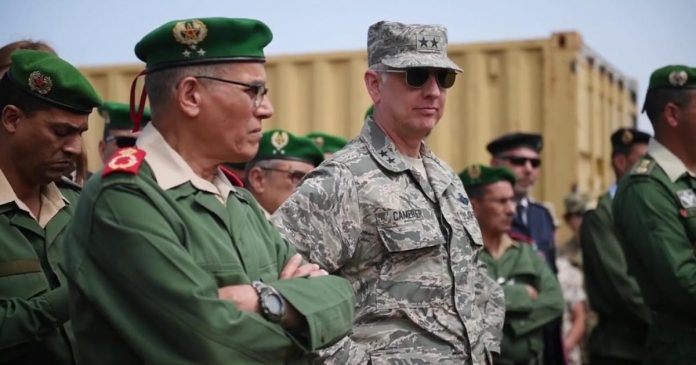 A ceremony was held Monday in Agadir on the occasion of the celebration of the anniversary of the creation of the United States Army.

This anniversary coincides this year with the combined Moroccan-US exercise “African Lion 2021” which is being held under the High Instructions of  King Mohammed VI, Supreme Commander and Chief of General Staff of the Royal Armed Forces (FAR).

This ceremony which took place at the headquarters of the FAR Staff of the southern zone in the presence of Lieutenant General Belkhir El Farouk, Commander of the Southern Zone, and Major General Andrew M. Rohling, the U.S. Army Southern European Task Force, Africa commander and the U.S. Army Europe and Africa deputy commanding general, was an opportunity to reaffirm the quality of the military partnership between the United States and Morocco.

In addition to the United States and the Kingdom of Morocco, this exercise brings together Great Britain, Brazil, Canada, Tunisia, Senegal, the Netherlands, Italy and the Atlantic Alliance, in addition to military observers from some thirty countries representing Africa, Europe and America.