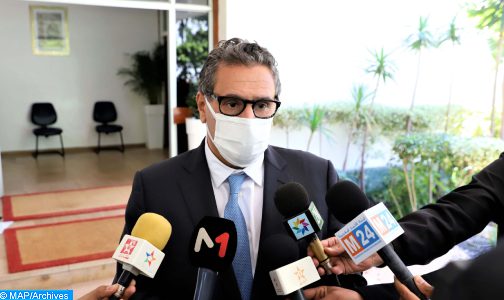 Consultations will be undertaken with the parties to form a coherent, homogeneous majority with convergent programs, said Aziz Akhannouch, president of the National Rally of Independents (RNI), whom His Majesty King Mohammed VI received Friday at the Royal Palace in Fez and appointed head of government.

“We will engage, from today, consultations with the parties, with which we will be in agreement in the future, for the formation of coherent, homogeneous majority with convergent programs,” said Akhannouch in a statement to the press at the end of the audience granted to him by the Sovereign.

Expressing his pride for the Royal confidence, Akhannouch, who was entrusted by the Sovereign to form the new government, expressed the hope that the government will include members able to implement the major projects and strategies of His Majesty the King, as well as future government programs.

Akhannouch also said that the audience granted to him by His Majesty the King was an honor and “that this Royal trust is a great responsibility of which we are fully aware”.