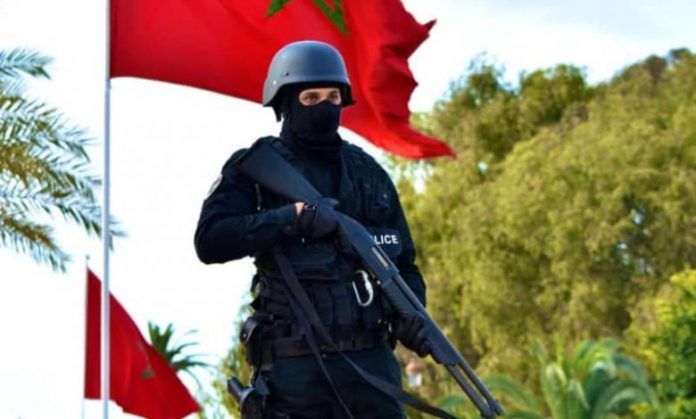 Elements of the anti-gang brigade of the Casablanca police arrested, on Friday, in coordination with the services of the General Directorate of Territorial Surveillance, six individuals aged between 19 and 46, including two with criminal records, suspected of being active in a criminal network of international drug trafficking.

The National Police (DGSN) said in a statement on Saturday that two suspects were apprehended in the Sidi Bernoussi neighbourhood in Casablanca in possession of chira bars, prepared as samples dedicated to potential customers, before a security operation in the “Deroua” area lead to the arrest of another suspect in possession of 8 bundles totalling 260 kilograms of chira intended for international trafficking.

A subsequent security operation helped arrest the other suspects aboard a car in the area of “Oulad Ziane”, in the center of Casablanca, for their alleged involvement in participating in the trafficking of this drug shipment, the statement said.

The search operation carried out at the homes of the suspects also led to the seizure of payment cards and bank documents, in addition to 20 million centimes suspected of being the result of this criminal activity.

The suspects were taken into custody for the investigation carried out under the supervision of the competent prosecution, in order to determine the national and international ramifications of this criminal activity and to identify other accomplices, concluded the DGSN.