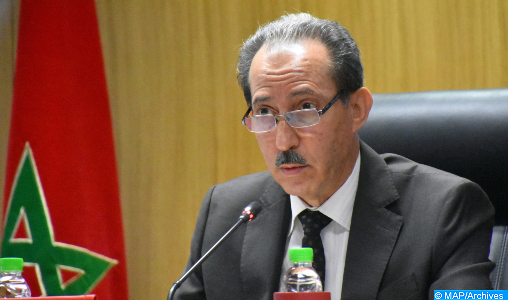 Justice is not a purely judicial case but also a societal one, where several stakeholders intervene, said the President of the Public Prosecution El Hassan Daki said on Wednesday in Rabat.

Speaking at a conference on justice, Daki said that justice is also a societal case, where several stakeholders interact, adding that the aim is to achieve an independent and effective justice system that enjoys credibility and trust among citizens.

In this regard, Daki noted that the judiciary entities, including the Presidency of the Public Prosecution, are studying and analyzing the findings of the general report of the Ad Hoc Committee on the Development Model (CSMD) to find appropriate solutions and possible mechanisms to address all shortcomings and overcome the challenge of development.

All components of the justice system, including judges, clerks, lawyers, experts, aduls, translators, judicial delegates, judicial police, and other auxiliaries are called upon to contribute to the reform of the sector, through a serious and responsible commitment to enshrine the values of impartiality, integrity, and service to the public interest and to strengthen citizens’ trust, he pointed out.

Morocco’s firm commitment to establishing an impartial and efficient judiciary, which meets the needs of its citizens has been achieved through the advancement of justice to judicial power under the 2011 Constitution, which has resulted in the independence of the judiciary power and the Public Prosecution.

This approach is illustrated by two bills relating to the Supreme Council of the Judiciary and the status of magistrates and bill no. 33.17 on the transfer of powers from the government authority in charge of justice to the President of the Public Prosecution.