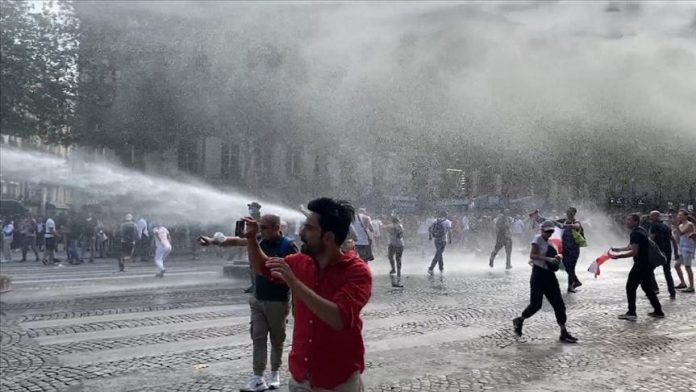 French protests against the country’s vaccine health pass continued for the tenth straight Saturday, with tens of thousands of people marching in Paris and other cities in opposition to the new vaccine requirements implemented for several public activities.

French Health minister Olivier Véran had announced on Thursday that nearly 3,000 suspensions had been served to unvaccinated health workers, after the entry into force on Wednesday of the vaccination obligation concerning them.

On Friday, French President Emmanuel Macron urged people to take the vaccine. “Vaccination saves lives. The virus kills. It’s as simple as that,” he said on social media when of the nearly 58 million French people eligible for the vaccine, 86% have already received at least the first shot.

The health pass became mandatory on July 21 in places where more than 50 people are present. It was later extended to hospitals, except for emergencies, and to other public places.

On August 30, the obligation concerned the 1.8 million state employees. It is expected to be applied to 12-17 year olds on September 30.