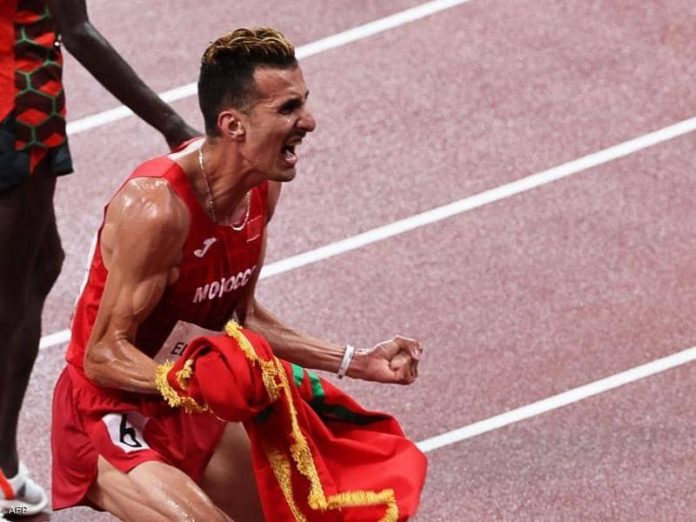 King Mohammed VI sent a message of congratulations to Olympic athlete Soufiane El Bakkali, who won on Monday the gold medal in the 3,000 m steeplechase at the Olympic Games (Tokyo 2020).

In this message, HM the King extended His Heartfelt congratulations and His great admiration to the athlete for this great Olympic achievement, which crowns the huge efforts he has made to accomplish it.

Welcoming this well-deserved win which raised the national flag during this prestigious global competition, the Sovereign wished El Bakkali more success in his sporting career, assuring him of His high solicitude and benevolence.