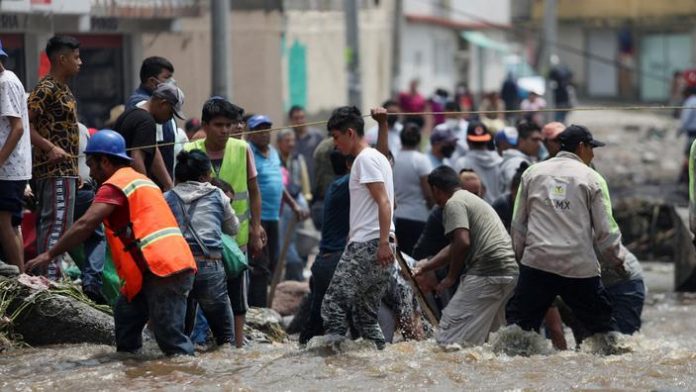 At least 16 patients died at a hospital in the state of Hidalgo (center of Mexico) as it was flooded by torrential rains, said, on Tuesday, the Mexican government on Twitter. “Yesterday’s rains in Hidalgo caused the Tula River to overflow its banks,” the government specified, attaching a video of Zoe Robledo, Director General of the Mexican Social Security Institute (IMSS), in which he explains that 56 patients were hospitalized in the facility.

Oxygen stopped being administered as the electricity was cut off in Tula, said Robledo, adding that 40 patients managed to survive.

According to local media reports, some of the victims were COVID-19 patients on respiratory assistance. Surviving patients were sent to other hospitals in the area.

Large areas of Mexico were hit by heavy rainfall on Monday, causing rivers to overflow.