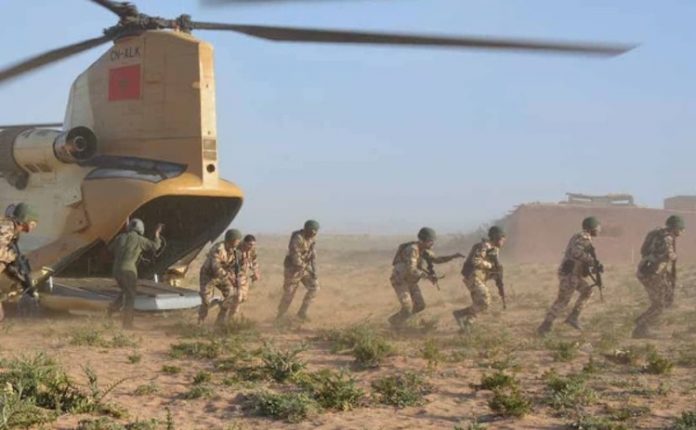 The combined Moroccan-American exercise “African Lion”, the 17th edition of which ended on Friday at Cape Draâ in Tan-Tan, confirms the solidity of the military cooperation between Morocco and the United States of America”, as well as the promotion of the multinational dimension, according to military sources.

Initiated since 2004, the exercise is undoubtedly “an illustrious example of successful military cooperation between Morocco and the United States of America”, the same sources said.

As such, the “African Lion” has reached since its initiation, between the Royal Armed Forces (FAR) and the Command of Southern Europe and Africa, a degree of development reflected in the results recorded, knowing that it offered an opportunity to train on scenarios and operating methods adapted to the responses “required by the new potential threats facing the security of our respective nations”, according to the same sources.

First of all, between 2004 and 2011, “African Lion” had an aspect of Moroccan-American bilateral partnership. In 2012, the exercise saw, for the first time, the participation of multinational observers.

Since 2013, the increase in the volumes of participating forces and the integration of the different components have made this exercise an annual multinational meeting, reflecting mutual trust and the desire to consolidate this cooperation.

“By virtue of its multi-domain, multi-component multinational characteristics,” the exercise “African Lion 2021” deploys a full range of mission capabilities with the aim of enhancing interoperability between partner nations and enhancing the capability to operate in a theater, especially with the commitment under this edition of 8,000 participants, including 2,710 US and multinational ones, said the same sources.

The participating countries in this edition are Tunisia, Senegal, the United Kingdom, the Netherlands, Italy, Canada, Brazil and NATO.