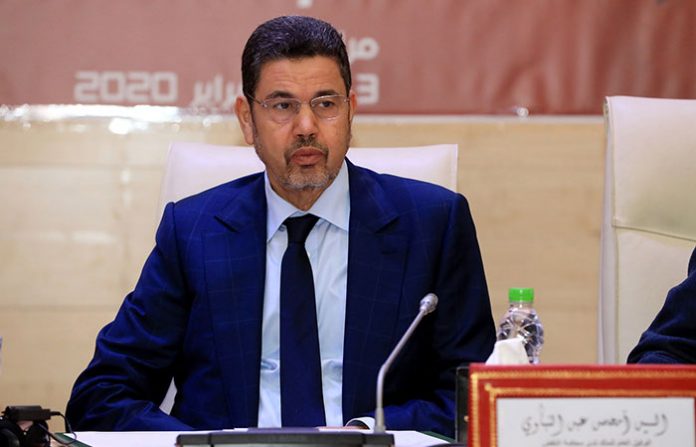 Morocco has put in place an efficient economic penal policy to prevent and sanction crimes related to money laundering and terrorist financing, said, Friday in Tangier, Mohamed Abdennabaoui, Deputy Chairman of the Supreme Council of the Judicial.

“Thanks to the enlightened leadership of  King Mohammed VI, Morocco has undertaken major reform projects reinforced by the consecration of constructive economic and social strategies, based on the development of human capital, the moralization of society and the consolidation of structural and sectoral reforms, including the fight against financial crimes, namely crimes of money laundering and terrorist financing,” said Abdennabaoui at a communication day organized by the Ministry of Justice.

During this meeting, initiated under the theme “role of Law N ° 12.18 in strengthening the legal arsenal to fight against money laundering and terrorist financing crimes”, the official warned against these crimes given the recrudescence of the risks which they pose, their cross-border character, their consequent damage on the general economic system and their negative impact on development.

“Morocco was aware at an early stage of the dangers posed by money laundering and terrorist financing crimes and several other financial crimes, which led the institutions concerned to take initiatives and measures to align and modernize the legal arsenal in this area,” he said, noting that Morocco has always been committed to applying the recommendations of the Financial Action Task Force (FATF).

He underlined that the important legislative initiatives taken by Morocco have made it possible to establish a set of mechanisms for the prevention of financial crimes and money laundering, citing the establishment of a dissuasive and effective legal framework, compliance of laws with international conventions and standards, promulgation of the law for the protection of victims, witnesses, whistleblowers and experts, the creation of financial crime services at the courts of appeal of Rabat, Casablanca, Marrakech and Fez and the launch of a specialized judicial police.