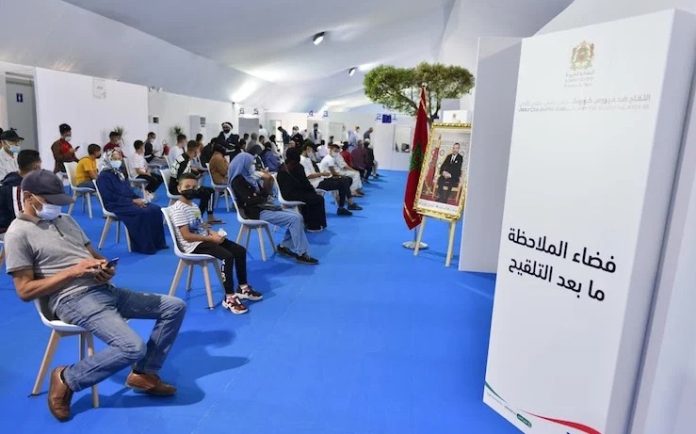 Morocco is among the countries that reacted the fastest to the Covid-19 crisis, said Jihad Azour, Director of the Middle East and Central Asia Department at the International Monetary Fund (IMF) in an interview published by French magazine Le Point.

The Kingdom has put in place several instruments of support and social protection, targeting mainly a large population of informal workers, said Azour in the exclusive interview which reviewed the measures taken by the countries of the Middle East and North Africa (MENA) region in light of the Ukrainian crisis.

According to the IMF regional manager, Morocco “has established a very rapid vaccination plan, which allowed it to achieve a fairly high level of immune protection, enabling the economy to recover.” This strategy has enabled the country to resume exports in 2020, he explained.

“We have therefore seen a strong recovery last year. This has allowed the country to restore, and even strengthen, its basic balances,” the official explained.

At the same time, Morocco has initiated a number of structural reforms, such as changes to the social protection system or economic measures aimed at public companies. These measures are going in the right direction, the IMF official pointed out.

Building on the experience it has gained in recent years, the North African country has used the same tools to deal with the combined effect of the Ukrainian and Covid crises this year by better targeting social assistance.

According to Azour, Morocco’s more connected economy to global values has strengthened its ability to absorb shocks.

“Morocco must continue its reforms, maintain stability in public finances and continue to reduce its level of debt, which is now under control,” the official said.

“Before Covid, Morocco was able to target 7 million families working in the informal sector,” he said, recalling the IMF’s recommendations for a shift in approach by targeting groups in social or financial distress and avoiding basic subsidies.

Speaking of the Russia-Ukraine crisis, the IMF regional manager deemed Morocco’s situation “better” compared to other neighboring countries as the Kingdom “was able to manage the Covid-19 epidemic by putting in place effective support channels.

To this end, the Kingdom has focused its aid on a number of sectors and groups, such as support for the transport of goods or certain social categories with direct cash transfers, the official argued.

In his opinion, “this has helped to absorb some of the shocks by targeting more state assistance.”