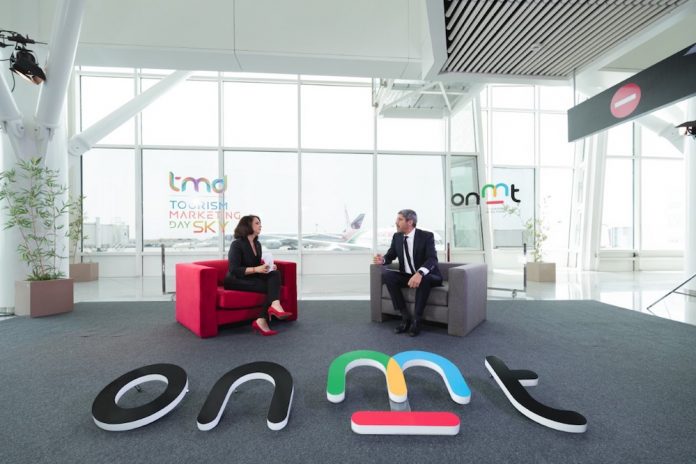 The Moroccan National Tourist Office (ONMT) is organizing on June 14 a new edition of the TMD “Tourism Marketing Days” under the theme “TMD Sky-Restart”.

Organized on D-1 of the gradual resumption of tourist arrivals in Morocco scheduled for June 15, this program produced from Mohammed V airport in Casablanca aims to inform and raise awareness of all tourism operators and public opinion. public on the strategy deployed by the Office and its public and private partners, in order to ensure that “Morocco’s air supply is put back into place very quickly”, indicates the ONMT in a press release.

For several months, the teams of the Office in Morocco and its delegations abroad have started continuous negotiations with airlines, tour operators and distribution networks, whether in Europe, America, China or elsewhere in the world, in order to boost this offer, underlines the same source.

The Office can already announce that Morocco’s air supply will be in the order of 3.5 million seats for the period from June 15 to September 30, the statement said, noting that this corresponds to 72% of what it was for this same period in 2019.

A real performance and a real mark of confidence from airlines, Moroccan and international, which rely on the resilience of Morocco and its attractiveness, and which capitalize on the excellent image of Morocco in terms of the management of the health crisis and of the vaccination campaign under the enlightened vision of His Majesty King Mohammed VI.

The program, which will be broadcast on Monday June 14 at 9 a.m. on the ONMT YouTube channel and via social networks and other broadcasting channels (which will be communicated later), will see the participation of the Office’s partners, in namely the Moroccan National Confederation of Tourism, the National Airports Office (ONDA), Royal Air Maroc but also international partners such as Ryanair, Transavia, NG Travel and FTI.