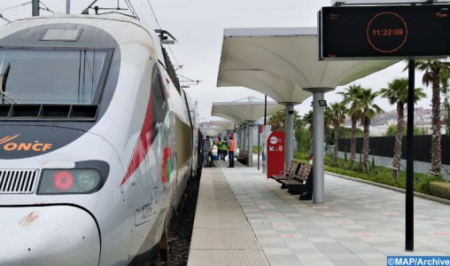 Thanks to the clean energy provided by a national operator, ONCF greens the power cycle of the national railway network, substituting its electricity consumption with clean energy.

The Office operates its green transformation in a progressive way, by switching 25% of its overall energy consumption to green energy, to reach 50% in 2023 before bringing it forward in full in the medium term, the release adds.

This new measure will allow ONCF, in the short term, to improve the overall carbon footprint, with the equivalent of 120,000 tons of CO2 avoided each year, or 4 million trees planted.

This change of course is part of the national energy strategy led by HM King Mohammed VI, which provides for increasing the share of renewable resources to reach, by 2030, more than 52% of installed capacity, making the Kingdom one of the most committed emerging countries in the development of wind and solar energy.