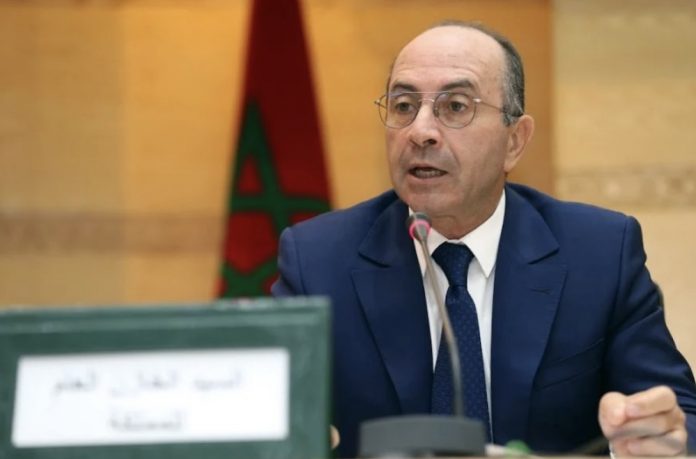 Crowdfunding (collaborative financing) could be one of the new modes of financing scientific research in Morocco, said Saturday, the Treasurer General of the Kingdom, Noureddine Bensouda.

“There may be new avenues to explore today, new modes of financing that it would be useful to put to work. Crowdfunding is certainly one of them.

Crowdfunding platforms could be dedicated to the financing of research, like those that already exist in the field of medical research,” said Bensouda during a colloquium-webinar on “funding research in Morocco and France: What prospects?”

“Research is one of the great engines of development of countries. And by ‘research’, I mean of course ‘scientific research’ in its broadest sense, which includes all components of research, all areas and all disciplines; scientific, technological, economic, cultural, artistic, philosophical, … “, he said.

Whether in the United States, the United Kingdom, France or anywhere else, countless research projects, particularly in the medical field, have come to fruition by relying exclusively on this type of funding, which is becoming increasingly important, the Kingdom’s Treasurer General noted.

Initiated by the TGR and the Association for the International Foundation of Public Finance (FONDAFIP), with the support of the French Journal of Public Finance (RFFP), this colloquium-webinar was an opportunity for Bensouda to recall the adoption in 2018, of a law on collaborative financing (Law 52-18), which could serve as a legal framework for this type of financial arrangement for research projects.

“The practice will show us any shortcomings and will certainly allow us to improve it,” said the Treasurer General of the Kingdom.

He noted, meanwhile, that the crisis related to the new coronavirus (Covid-19) has shown that universities, research institutes and laboratories worldwide have eminent Moroccan scientists who occupy positions of the highest level of knowledge and decision. “This is a high-potential source that Morocco should exploit, both in terms of funding sources and in terms of transmission of knowledge and know-how.

Mr. Bensouda, who said that domestic spending on research and development in Morocco, relative to GDP, is about 0.8% in 2020, stressed that the mobilization of resources needed to fund research in the Kingdom is a major challenge to meet.

“Certainly, initiatives in this direction do exist. But it is necessary to multiply the efforts and to show creativity to improve the volume of the investments in the research which are, in my opinion, the key of our future”, he argued.

In this regard, several international experiences have demonstrated the important role that the private sector can play to support research, noted Mr. Bensouda, judging that the relationship between the business world on the one hand, and that of research on the other, must be a symbiotic relationship, mutually beneficial and, above all, beneficial for the development of the country.

The public sector is, thus, called to play a role of catalyst, he supported, specifying that even if the research work is carried out largely by the private sector, the public supports, generally, a good part of financing, under various forms (subsidies, direct aid, recoverable advances, tax credit, etc.).

Of course, in such a perspective, it is very important to put in place regulatory mechanisms, noted  Bensouda, emphasizing the governance that is doubly important to put coherence in the research effort and create poles of excellence to generate a leverage effect on the development of the country.

Professor Michel Bouvier, President of FONDAFIP and Director of the RFFP, indicated that research is all the more important in the current context “as a basis for public policy in the years to come.

“There is no innovation without research and there is no economic development without innovation,” he said, noting that these are investments in the future that can never again be provided solely by the public sector.

Bouvier has, in this sense, emphasized the need to find a “solid” articulation between the public and private sectors, believing that research must benefit from a synergy between the two parties by all possible means.

For his part, Professor Mostapha Bousmina, Chancellor of the Hassan II Academy of Science and Technology and President of the Euromed University of Fez (UEMF), stressed the need for continuity of policy of higher education-research-innovation, highlighting some priority areas in terms of research and innovation in the post-coronavirus.

Bousmina also stressed the continuation of reforms in this area which are, according to him, “on the right track”, reviewing the strategic axes of the research and innovation system, namely, governance, human resources, the innovation system, funding and evaluation.

This colloquium also saw the organization of two panels on “what sources of funding to contribute” and “what governance to better meet the needs of territories?