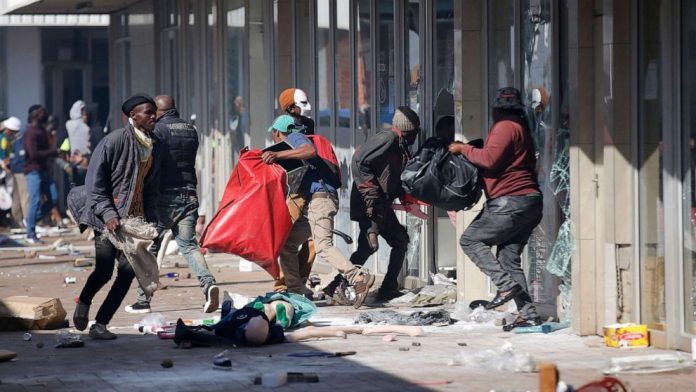 The death toll from unrest in the South African provinces KwaZulu-Natal and Gauteng has increased to 212, Kumbudzo Ntshaveni, the acting minister under the President of South Africa, said. Earlier, 117 deaths were registered.

“We received reports of six more deaths. The total death toll in Gauteng province was 32, and 137 more people were detained. In total, 862 people were detained in Gauteng. … In the province [of KwaZulu-Natal] 89 more victims are reported, total the death toll is 180. In total, 1,692 detentions were made in the province,” Ntshaveni said at a briefing broadcast by the SABC News TV channel.