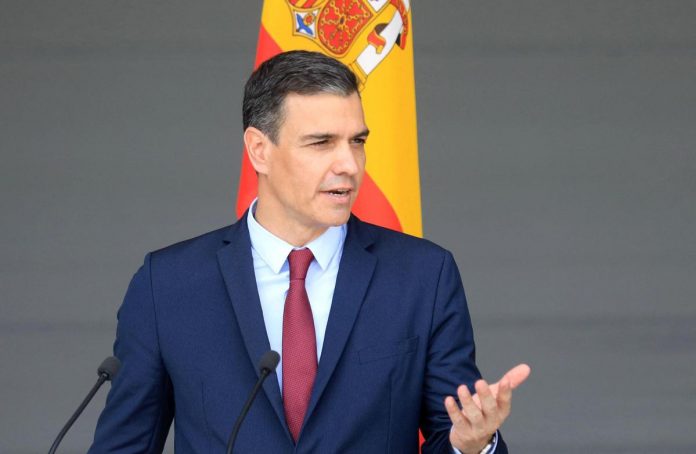 The speech delivered by HM King Mohammed VI to the Nation, on the occasion of the 68th anniversary of the Revolution of the King and the People, constitutes a “great opportunity” to redefine the pillars and the parameters governing relations between Spain and Morocco, said the Spanish Prime Minister, Pedro Sanchez, on Saturday.

“I believe that with every crisis comes an opportunity. And I believe that the speech of HM the King constitutes a great opportunity to redefine the relations between the two countries and the pillars on which they are based”, underlined Sanchez during a joint press briefing at the Torrejon de Ardoz air base with the President of the European Commission, Ursula von der Leyen, and the President of the European Council, Charles Michel.

The Spanish PM welcomed the content of the Royal Speech and thanked HM the King for His vision for a bilateral partnership based on mutual trust and understanding.

“Indeed, it is on trust, respect and present and future collaboration that we can build stronger relationships than the ones we currently have,” said Sanchez, while stressing the uniqueness and the depth of the ties binding Morocco and Spain.

“We have always seen Morocco as a strategic partner of Spain, but also of the whole of the EU,” he said.

“Morocco and Spain are allies, neighbors and friends,” he pointed out.

HM King Mohammed VI said Friday that Morocco Morocco looks forward to continuing to work with the Spanish government and with the Spanish Prime Minister to usher in a new, unprecedented phase in the relations between the two countries.

The relations between the two countries should be based on trust, transparency, mutual respect and the fulfillment of obligations, the Sovereign pointed out in a speech to the Nation on the occasion of the 68th anniversary of the Revolution of the King and the People.