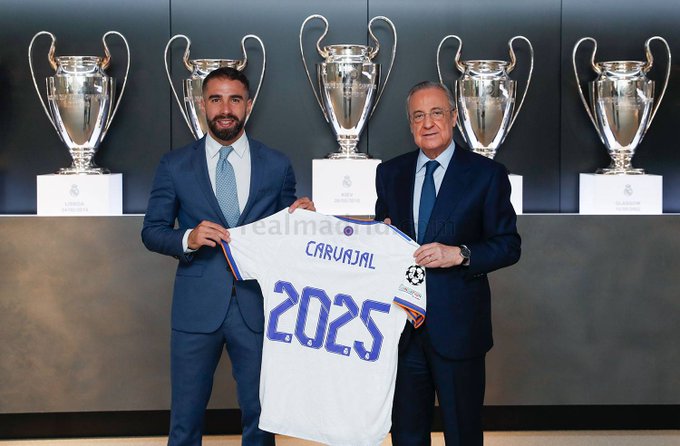 Spanish right-back Dani Carvajal has extended his contract Real Madrid until 2025. “Real Madrid C. F. and Dani Carvajal have agreed a contract extension which will tie the player to the club for the next four seasons, up until 30 June 2025,” the Spanish side announced Thursday. The Spanish defender joins Modric (until 2022), Lucas Vazquez (until 2024) and Nacho (until 2023) in signing a new deal this summer.