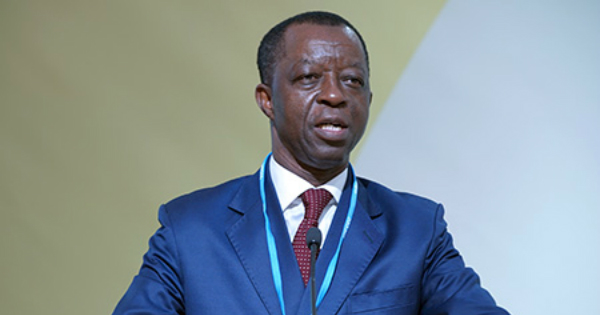 The European Parliament must not get involved in the crisis between the Kingdom of Morocco and Spain, as it is a bilateral crisis that can be resolved through diplomatic means or direct negotiation, said Thursday the outgoing president of the Pan-African Parliament (PAP), Roger Nkodo Dang. “The Pan-African Parliament calls on its European counterpart to refrain from any position likely to exacerbate tensions and calls on the two parties to resolve the crisis in a purely bilateral framework,” Nkodo Dang told MAP.

He welcomed the decision of His Majesty King Mohammed VI on the return of all unaccompanied Moroccan minors who entered the European Union illegally. “The facts prove that the Kingdom of Morocco is playing its role in the fight against terrorism, illegal immigration and human trafficking, in compliance with the principles and requirements of the partnership which binds it to the European Union and to its regional environment,” he pointed out. Morocco also plays an important role in the management of the migration issue in Africa, which that has been welcomed on many occasions by the Heads of State and governments of African countries, he said.

Moreover, and as part of its policy of sharing experience, particularly in the area of migration, the Kingdom of Morocco has taken the initiative to host the first African center dedicated to the study and examination of this scourge, now called “the African Migration Observatory”, he recalled. Nkodo Dang underlined, in this regard, the strict respect of the commitments made by the European Parliament and the Pan-African Parliament during the Summit of Heads of State and Government of the African Union and the European Union, held in Abidjan in 2017. The two parties had in fact agreed, among other things, that “all problems between two States are a matter of bilateral relations between them and the two Parliaments can only intervene if they have debated this problem beforehand”.

The Pan-African Parliament is based in Johannesburg, South Africa.