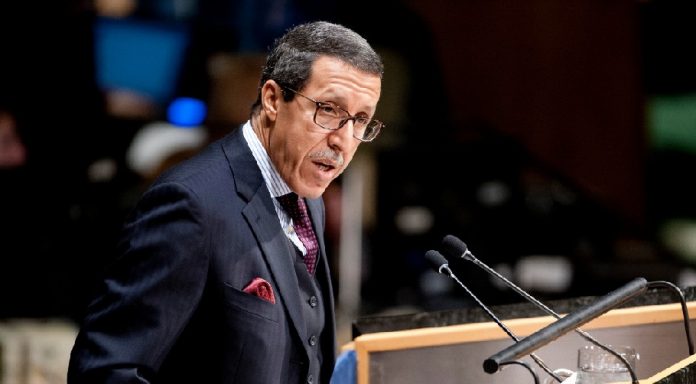 Permanent Representative of Morocco to the United Nations, ambassador Omar Hilale, stressed in Stockholm that Morocco, thanks to the visionary policy of His Majesty King Mohammed VI, has become a leader in renewable energy.

Speaking at the Stockholm+50 international meeting (02-03 June), Hilale noted that Morocco has been a forerunner in investing in sustainable solutions, particularly in renewable energy to the point of becoming today a leading country in this field on the international scene.

“Under the wise leadership of His Majesty King Mohammed VI, my country Morocco aims to increase the share of renewable energy to exceed 52% in the energy mix by 2030,” said the ambassador.

He stressed that renewable energy projects in Morocco are made possible by the establishment of an appropriate legislative, regulatory and institutional framework, which the Kingdom continues to update, to make the renewable energy sector more attractive to private investment.

“In accordance with the High Royal Directives, new initiatives have been launched in Morocco in recent years. These include the adoption of a roadmap for the development of hydrogen and energy recovery of biomass, the ongoing development of a roadmap of marine energy,” he said.

The initiates also provide for the development of an integrated program of programmed desalination of central water, backed by renewable energy production units and the national program of decarbonization of industry by providing all industrial areas of the Kingdom with renewable energy projects, added the ambassador.

He noted that such a transition requires huge funding at the global level, adding that much remains to be done to mobilize funding for green projects, and financial support for developing countries, which have a strong potential for a green economy.

In addition, and as part of the UN Stockholm+50 meeting, Hilale also opened a special event on the UN system’s commitment to advance the human right to a healthy and sustainable environment. This event focused on the promotion and implementation of resolution 48/13, adopted by the Human Rights Council and recognizing access to a healthy and sustainable environment as a universal human right.

“Morocco is one of the proud countries to have co-sponsored and initiated, with a group of delegations in Geneva, for the very first time, resolution 48/13 recognizing access to a healthy and sustainable environment as a universal human right,” he said, noting that the adoption of this resolution by the Human Rights Council was a historic step forward and has received broad support.

“I am convinced that the recognition of the right to a clean, healthy and sustainable environment has the potential to improve the lives of millions of people. This right is rooted in the 1972 Stockholm Declaration and civil society around the world had been advocating for it for more than 30 years,” he said.

For Morocco, the universal recognition of the right to a healthy environment is essential to increase the visibility of the needs, challenges and priorities of developing countries in the field of environmental protection and climate action, in parallel with their legitimate right to development, as underlined by the latest IPCC reports and the UN Secretary General’s report “Our Common Agenda”, concluded the ambassador.