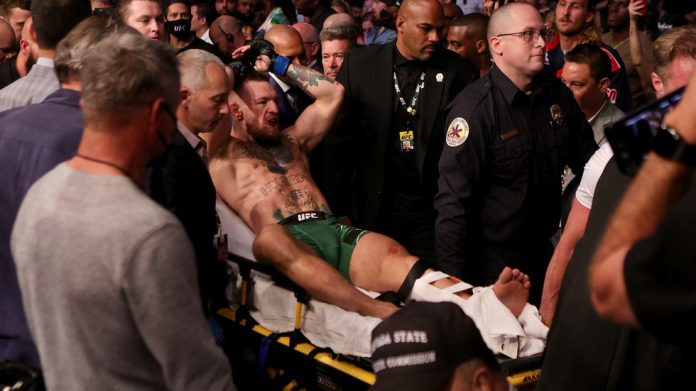 The Ultimate Fighting Championship (UFC) President Dana White said Thursday that Irish mixed martial arts superstar Conor McGregor was discharged from a hospital in Los Angeles after breaking his leg in a fight with US lightweight division fighter Dustin Poirier.

“I think they just released him right now from the hospital about 10, 15 minutes ago,” White noted.

McGregor is expected to be back in the game in about a year after recovering, he added.

The UFC 264 fight between Poirier and McGregor took place on Sunday night in Las Vegas and ended with the American fighter’s victory by a technical knockout. At the end of the first round, McGregor stumbled and broke his left leg. The freak accident prevented the Irishman from continuing the fight, and he left the arena on a stretcher.

On Monday, the athlete announced that he had successfully undergone surgery.