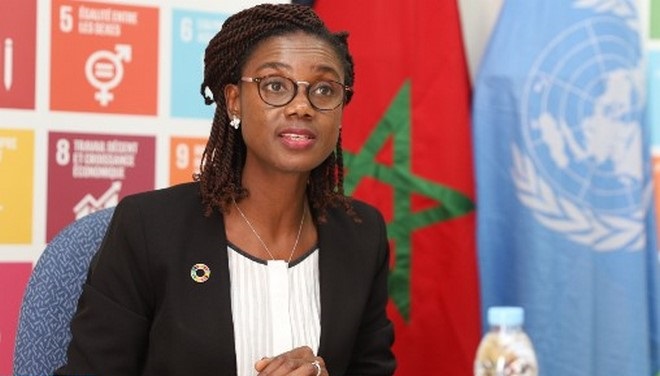 The United Nations resident coordinator in Morocco, Sylvia Lopez-Ekra, praised the efforts made by the Kingdom to preserve Moroccan ecosystems, especially oases and Argan Trees.

“Allow me to recognize and praise the tireless efforts that the Kingdom of Morocco has made, under the Guidance of HM King Mohammed VI, in order to preserve ecosystems, especially oases and Argan trees”, said Lopez-Ekra during a webinar entitled “Ecosystems in Morocco: Current situation and action strategies”.

In this regard, she commended Morocco’s “remarkable” call, last March, on the UN’s General Assembly to declare the 10th of May as the International Argan Day.

She also mentioned the report produced by the Ad-hoc Committee on the new development model which “came to establish the preservation of natural and water resources as strategic choices, which demonstrates the great importance of these two issues for the country”.

The United Nations system is proud to be on Morocco’s side, over the years, by providing the kingdom with its technical know-how, expertise and innovative tools, said the UN official. She recalled many projects that Morocco has carried out, such as the inclusion of oasis agro-ecosystems into the world’s agricultural heritage by reinforcing the Imilchil-Amellago site, recognized as a Globally Important Ingenious Agricultural Heritage System in 2011, the inclusion of Ait Mansour-Ait Souab area in the 2018 list, and the preparation of documents for the Akka-Tata and Figuig sites’ licenses. She added that the projects OASIL by FAO will spur the oasis agro-ecosystems using an integrated and sustainable approach in the region of Draa-Tafilalet.

Concerning Biodiversity protection, and in partnership with the National Institute for Agricultural Research (INRA), Lopez-Ekra pointed out that 114 local varieties in five oases were collected and integrated in the gene library of the regional Centre of agricultural research in Settat.