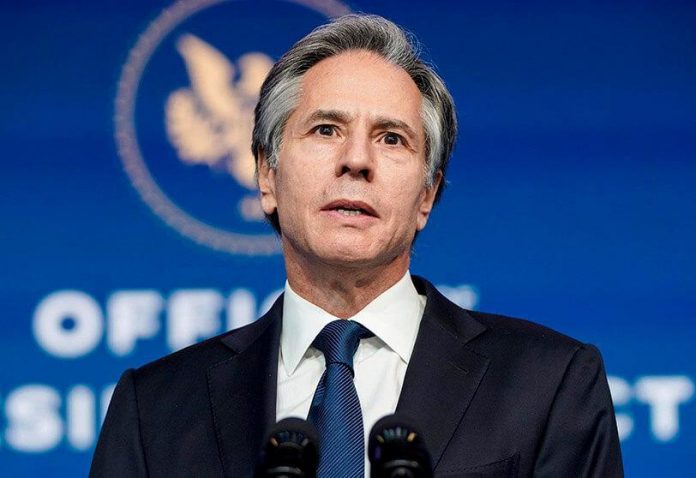 U.S. Secretary of State Antony Blinken hailed Friday “the deepening of diplomatic relations” between Morocco, Bahrain, the United Arab Emirates and Israel a year after the signing of the Abraham Accords with “benefits that continue to grow”.

“Today, one year after the signing of the Abraham Accords, their benefits continue to grow. We are witnessing the deepening of diplomatic relations. This is a year of firsts,” Blinken said during a virtual meeting with his counterparts from these countries, including the Minister of Foreign Affairs, African Cooperation and Moroccans abroad, Nasser Bourita.

The U.S. diplomat cited, in this regard, the visit of Israeli Foreign Minister Yair Lapid last month to Morocco, the first visit of an Israeli minister to the Kingdom since 2003, noting that the two countries have recently opened liaison offices.

He also recalled that more than one million Israelis are of Moroccan descent, including five ministers in Israel’s current government.

“We see that the ties between people are strengthening, despite the serious problems posed by the Covid-19 pandemic,” said the U.S. official, noting that many economic opportunities, innovation and collaboration have emerged in the space of a year.

“These opportunities would be great at any time, but they are particularly important now, as we strive to better recover from the devastating economic impact of the pandemic,” he said, calling for “more countries to follow the lead of the UAE, Bahrain and Morocco.”

For Blinken, “deepening diplomatic relations also provides the foundation for addressing challenges that require cooperation among nations, such as reducing regional tensions, combating terrorism, and mitigating the impact of the climate crisis”.

For his part, the Israeli Foreign Minister said that “one of our common goals is to ensure that other countries follow our example and join us in these agreements and in this new era of cooperation and friendship”.

“Last year, ambassadors were appointed, embassies were built, we launched direct flights, we had reciprocal visits and we signed dozens of agreements in the past month,” he said, adding that “more will follow”.

“We will devote the next few years to strategic infrastructure projects (water, energy, security, food, connectivity) at a regional level,” said Lapid.