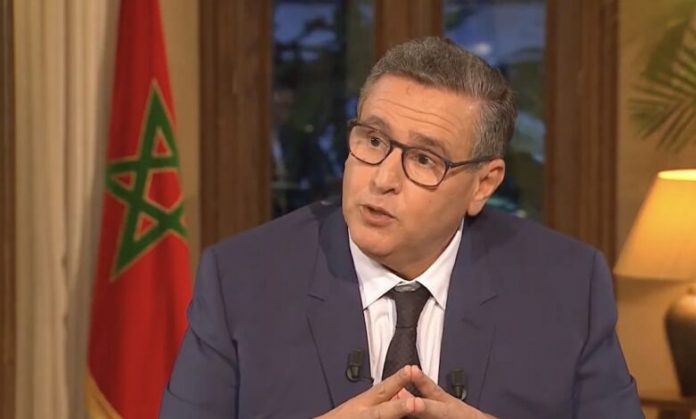 The head of government, Aziz Akhannouch said Wednesday that the measures taken by the government during its first 100 days show clear signs of compliance with its commitments.

“All measures taken or initiated by the government during its first 100 days show that the Executive fulfills its commitments,” said Akhannouch during a special broadcast on the channels Al Aoula and 2M.

The government, added Akhannouch, was keen not to waste time and to begin its work as soon as appointed by His Majesty King Mohammed VI, by developing the government program and the appropriation bill within two months.

Regarding the communication component, the head of government noted that the Executive held 14 Councils of Government and interacted with 22 sessions of oral questions, in addition to the organization of other meetings in Parliament devoted to many issues.

Akhannouch also referred to the management of the coronavirus pandemic. For him, the decision to close the borders “was judicious in the face of the absence at this time of precise data on the Omicron variant”. He noted that “there is a scientific committee and a ministerial committee that makes decisions that I am required to implement”.

The head of government said he was optimistic about the reopening of the borders in the coming weeks, noting that “this issue is on the table of the government and is being examined to operate a revival of tourism”.

Regarding the urgent measures taken for the return to the Kingdom of people stranded abroad, Akhannouch explained that the government has opened the way for the return of residents in Morocco. This issue is among the problems raised and we must wait for the reopening of borders, he added.

Asked about the rise in prices, the head of government said that inflation in Morocco is controlled since it has not exceeded 1.8%, noting that the prices of some commodities are stable, such as vegetables, fruit and meat of all kinds, but oil and other commodities are experiencing a rise in prices due to fluctuations in the international market, and this situation remains cyclical in light of the effects of the pandemic.

Believing that “the purchasing power of the citizen has not been affected,” Akhannouch emphasized the subsidy of sugar prices, butane gas and flour through the Compensation Fund, for which a budget of 17 billion dirhams has been allocated in the 2022 appropriation bill.