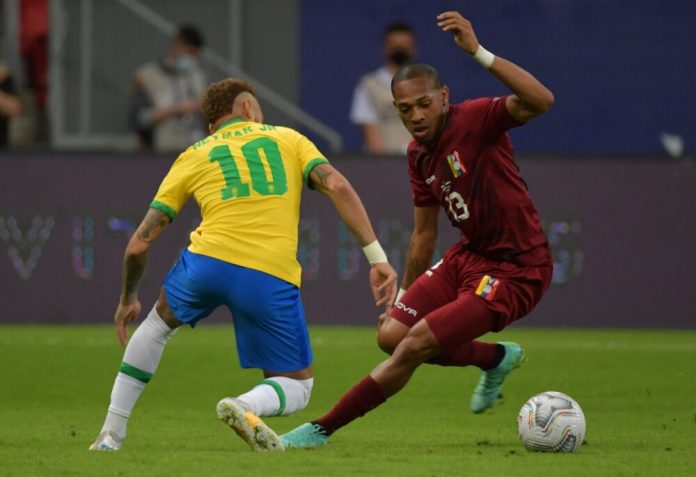 In this opening match of the Copa America, Brazil easily came to terms with Venezuela bruised by numerous cases of COVID-19 (3-0).

The Parisians have stood out since Marquinhos opened the scoring before Neymar scored a penalty. Gabriel Barbosa weighed down the mark at the end of the match for a clear and flawless victory.

While the Euro began last Friday, the start of the Copa América was given this evening in Brasilia for a very special edition. Postponed by one year because of the pandemic, the competition could not be held in Colombia and Argentina (the host countries) because of the sanitary conditions. The organizers had to find an urgent solution and it is Brazil that will host the tournament. But these events did not seem to disturb Titus’ men. Quickly dominating in the game, the Brazilians relied on set pieces.

At first, it was Marquinhos who scored the first but of the meeting from a corner. He successfully recovers the ball and just has to push it to the back of the net. Venezuela fought with their 5-4-1 and returned to the locker room with only one goal conceded. In the second act, Neymar will transform a penalty which allows Brazil to take off. Flamengo striker Gabriel Barbosa, who returned shortly after the hour mark, will crucify Venezuela on a quality serve from Neymar in the 89th minute. As for the other Ligue 1 players, Lucas Paquetá played in the first half (before being replaced by Everton Ribeiro) while Wuilker Faríñez (goalkeeper at RC Lens) remained on the bench.

Brazil are emerging more than ever as the major contenders of this Copa America. The first clash of the competition tomorrow will pit Argentina against Chile in a meeting that promises to be thrilling.