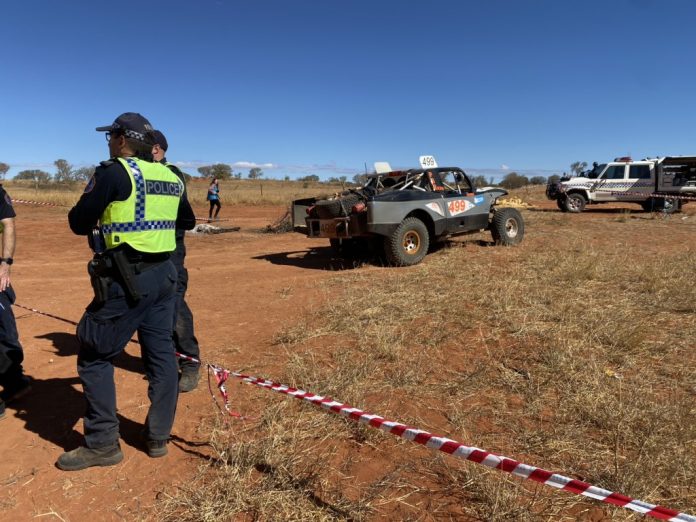 A vehicle has struck a group of spectators at the Finke Desert Race in Australia’s Northern Territory, killing one and injuring two people, police said on Monday. “Northern Territory Police are calling for witnesses to a crash in which one person has died and two others have been injured during the Finke Desert Race earlier today [Monday],” police said in a statement.

A man in his 60s is dead and another person is in a serious condition after a buggy crested a hill and crashed into the crowd on the Finke Desert Race. @abcnews https://t.co/HQ8NaxDpyd pic.twitter.com/54ujIIKZzb

The fatal crash took place 35 kilometers (21 miles) from the start/finish line. A male spectator aged in his 50s was seriously injured as a result of the crash and evacuated to the Alice Springs Hospital, and the navigator of the vehicle, a woman aged in her 50s, received minor injuries, the statement read.

Another man in his 60s has died at the scene, the police added. The area has been cordoned off and an investigation is underway.