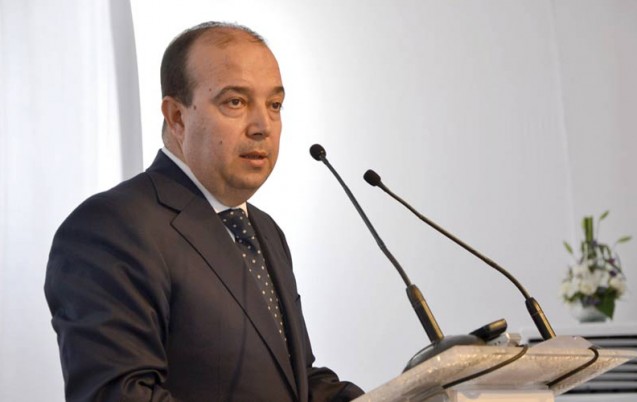 Thanks to its proven expertise in territorial development and clean-up, Marchica Med has established itself as a “social and economic model” that inspires many countries, especially African countries, Tuesday in Rabat, the Company’s Chief Executive Officer, Said Zarrou.

“In 2018, the United Nations called us to present the Marchica model in Nairobi, where 170 countries were listening to the work we did,” Zarrou said in an interview with M24.

He noted that the slogan “turning nuisance into pleasure” adopted by the Marchica Med attracted the attention and interest of these countries, noting that thanks to the leadership of King Mohammed VI and his avant-garde vision, Morocco now has a “big step ahead”. many countries in the field of territorial development and pollution control.

This expertise has been forged through the experiences and major projects carried out in particular in the areas of mobility (tramway), environment, rehabilitation of historic sites and unapproved neighbourhoods and infrastructure (Hassan II bridge, Oudayas tunnel, and all the infrastructure that was built over the decades in Marchica), said Zarrou.

He noted that thanks to royal instructions, the Moroccan model and expertise on all aspects of infrastructure “brought us back to Abidjan” as part of the major project to upgrade Cocody Bay.

The CEO of Marchica Med recalled, in this context, the speech of King Mohammed VI in the Ivorian capital in February 2014, which constituted “the roadmap on the basis of which we worked in Abidjan”, adding that the work on this major project has been launched and is underway.

Zarrou also noted that Marchica Med does not only have technical expertise, but also financial expertise.

Referring to similar cooperation with Madagascar, which consists in the rehabilitation of the Pangalanes Canal, Zarrou stressed that, thanks to the Royal Visit to the country in November 2016, a “major advance” was carried out, in this case the signing of an important convention during a ceremony presided over by SM the King and the former Malagasy president, Hery Rajaonarimampianina.

“These studies were presented to the new Malagasy president (Andry Rajoelina) two years ago in Paris, after there was Covid,” he continued. “We wait until after the pandemic to come back to Madagascar and see how to move this great project forward,” he said.

With regard to the prospects for cooperation with other African countries in similar projects, Zarrou said that following his intervention at the United Nations in Nairobi, Marchica Med was requested by several other States, including Kenya.

“For almost two years, Kenya has asked us to visit Lamu, Mombasa and Kenya’s East Coast (…). We didn’t go to them until we created Marchica Med Africa, before we were already structured,” the official said, noting that in this context, UN-Habitat Executive Director Maimunah Mohd Sharif, visited Morocco where explanations were presented on the Bouregreg and Marchica development models. The latter caught her attention and she wished to sign a partnership agreement between UN-Habitat and Marchica Med, he continued.

“We responded favourably to an invitation to visit Kenya. We went to meet with three of its directors (UN-Habitat) who manage the environmental and territorial part”, Zarrou noted, adding that these stakeholders have thought, since UN-Habitat is based in Nairobi, about a project on the east coast of Kenya (Mombasa).

The meeting with these directors, which was held in the presence of the Moroccan ambassador to Kenya, El Mokhtar Ghambou, was “very fruitful” and was sanctioned by resolutions relating in particular to the creation of a Reflection Committee which will begin shortly with a video-conference with these UN teams, explained Zarrou.

These directors will approach the countries of Eastern Kenya so that this steering committee is tripartite (UN, Marchica Med and Kenyan Government), he stressed, stating that this work will be done in the coming days, to be able to sign within the next six months at the latest a MoU that will establish a roadmap about the working method on the Kenyan coasts.

In the same vein, the CEO of Marchica Med stressed the importance of South-South cooperation, stating that “Africa must trust Africa” as the Sovereign clearly stressed in his speech in Abidjan in 2014.

“It is a very strong sentence that guides the work of our teams. We do not give lessons. We are with our brothers in other countries (…). We only work closely with our partners,” he said.

He also pointed out that this approach could pave the way for major partnerships with other countries, highlighting the breakthrough achieved in Anglo-Saxon areas such as Kenya, a first, according to him.