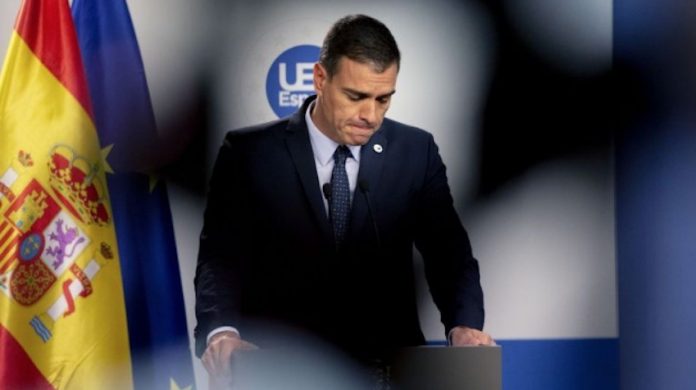 “The resolution of the European Parliament runs against the spirit of the partnership between the Kingdom of Morocco and the European Union,” the author of the article, James Wilson, points out.

“By trying to stigmatise Morocco, the resolution in reality weakens the very principle of partnership,” he stresses. “This parliamentary initiative is a reminder that the Parliament is a fickle beast that can easily be led astray by lobbyists,” Wilson notes.

The Resolution was not approved with the majority sought and fell short of the support expected under massive Spanish lobbying pressure, he says, adding that several MEPs slammed Spain’s aggressive manoeuvres to drive up votes for the Resolution.

“The Sanchez government by pushing aggressively for the adoption of a European Parliament resolution against Morocco, seeks to camouflage its successive errors, wanting to lead the European Union on this dangerous path,” said MEP Tomáš Zdechovský.

“This sterile manœuvre would lead to escalation instead of building dialogue between two neighbouring countries. Madrid is doing everything to destabilise the only stable and peaceful country in the region,” Zdechovský added.

Danish MEP Søren Gade said in a statement that he rejected the text because it does not reflect the reliable and close nature of relations between Morocco and the EU. “I decided not to vote for the text. I think it’s important to have reliable and close relations between Morocco and the European Union,” he pointed out. “I voted against this resolution (…) because it pillories our Moroccan strategic partner and remains silent on the responsibilities of the Spanish law enforcement agencies in the violence reported by NGOs and for which the Spanish justice authorities have opened an investigation.

An effective and pragmatic diplomacy is anything but inflammatory diplomacy,” said, for her part, MEP Frédérique Ries. At a time when the EU is demonstrably failing to take effective action against very serious international breaches of human rights in other countries “which totally contradict our European values and principles, I believe that the European Parliament’s initiative with this small minded Resolution is lamentable,” Wilson notes. A more constructive approach by the EU with trusted and reliable partners such as Morocco would be to nurture and build the already successful existing partnership through dialogue and cooperation, he adds.

“Instead the Parliament has condescended to petty-minded point scoring and posturing by a few chauvinistic, blinkered MEPs thereby allowing Spain to divert attention from their diplomatic gaffe in creating a bilateral crisis with Morocco through their inept handling of the Brahim Ghali scandal,” Wilson underlines.

“The Brahim Ghali scandal will not go away, and Spain has questions to answer for its behaviour. But this Resolution is an irrelevant temporary diversion that will not survive the elemental “So what?” test, and will be quickly condemned to the dustbin of Parliamentary history where it belongs,” he notes.

“The real problem between Spain and Morocco does not concern migration. It has nothing to do with unaccompanied minors. It is about diplomacy and trust. The rich and long-standing relationship between Morocco and the EU should be kept far away from this prejudiced and misguided Spanish smokescreen,” the author of the article concludes.