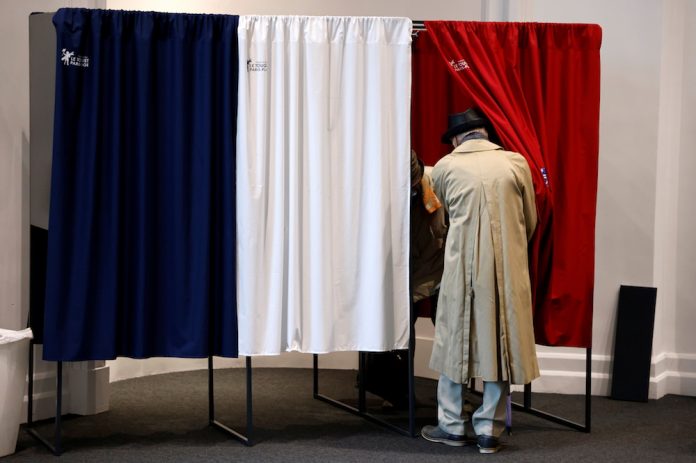 France holds run-offs for regional elections on Sunday that could shift the balance between political heavyweights vying for pole position in next year’s presidential race.

Last Sunday’s first round proved dire for President Emmanuel Macron, whose party is on course to win none of France’s 13 mainland regions, but was also disappointing for far-right leader Marine Le Pen.

One surprise factor of these elections is the record abstention rate, which makes the contests particularly hard to predict for pollsters. On Sunday, only 12.66% of voters had turned out to vote by midday, only slightly up from last week.

“I have no intention whatsoever to go and vote today, simply because I’ve lost faith in our politicians,” Parisian Jean-Jacques told Reuters TV while strolling on one of the River Seine’s bridges.

But others were galvanised by news of the low turnout so far. “I didn’t vote last week, but the abstention rate was a bit of a wake-up call, and so I decided to come and vote today instead of staying at home or going for a walk, because it is important,” said 38-year old lawyer Masing Coulibaly.

Amid massive abstention, Le Pen’s party only came top in one region, Provence in the southeast, belying opinion polls projecting it would come first in six.

Instead, the traditional centre-right conservatives, which had been decimated by Macron in the 2017 presidential and legislative elections, staged a surprise comeback.

A trio of its top members, all former ministers and currently at the helm of some of France’s most populous regions, are running for re-election this Sunday, which they hope will give them a springboard for the 2022 presidential race.

In particular, Xavier Bertrand of the northern Hauts-de-France region around Calais has emerged as the conservatives’ favourite in opinion polls to represent the party in the presidential election.

Macron’s aides see the former health minister as a threat who could eat away at the president’s centre-right voter base in the first round of the presidential vote in April.

Valerie Pecresse in the greater Paris region and Laurent Wauquiez in the greater Lyon area are the other two conservatives whose fate on Sunday could decide whether they challenge Bertrand in 2022.

Meanwhile, Le Pen’s National Rally still hopes to win its first ever region in Provence-Alpes-Cote d’Azur around Marseille and Nice. Her lieutenant, Thierry Mariani, a former conservative minister, beat the incumbent from the centre-right last Sunday, but by a lower margin than expected.

Victory would give Le Pen momentum and a platform to challenge Macron in 2022, a repeat of the 2017 duel that polls still show would be won by Macron, though with a narrower margin than four years ago.