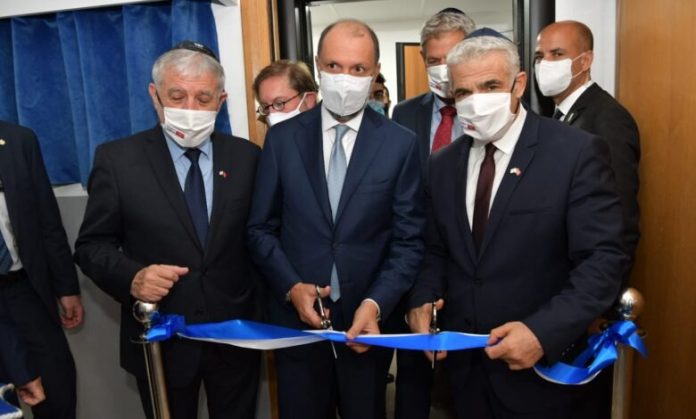 The Liaison Office of the State of Israel was inaugurated Thursday in Rabat by Israeli Foreign Minister Yair Lapid, who is currently on a visit to the Kingdom. The opening of the Israeli representation in Morocco is part of the Morocco-U.S.-Israel tripartite agreement, signed last December.

Lapid held talks, Wednesday in Rabat, with the Moroccan minister of Foreign Affairs, African Cooperation and Moroccans Abroad, Nasser Bourita, which focused on several bilateral and regional issues of interest common. The two officials signed, on this occasion, three agreements to strengthen bilateral cooperation in the political, cultural, youth and sports and air services sectors.