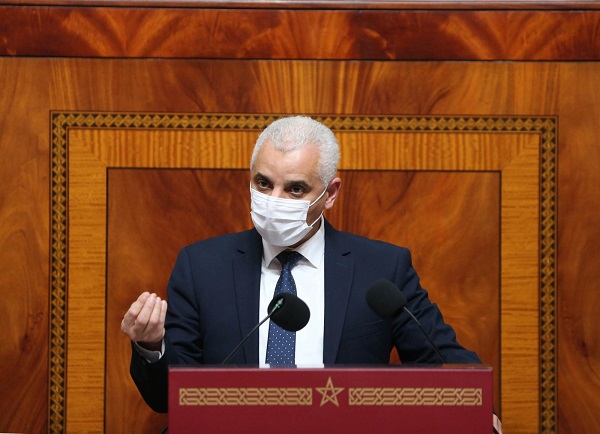 The Ministry of Health denied, Monday, the erroneous and false information, based on an illegal leak of the provisional and not final report by the members of the parliamentary commission in charge of the control of procurement of medical equipment and supplies to fight Covid-19.

In a statement, the ministry underlined that “certain media of the written and electronic press and certain social networks have spread false information including accusations which damage the reputation of executives and officials of the ministry and the image of national companies, on the basis of a provisional and not final report by the parliamentary commission established to control the management of procurement contracts for medical equipment and supplies to face the Covid-19 pandemic”.

The ministry denied this erroneous and false information based on an illegal leak and contrary to the legal provisions governing the action of fact-finding commissions, within the framework of the control mission conducted by the Parliament on the governmental action, in accordance with the provisions of the constitution and organic laws.

The said report, in its current form, is not complete and thus remains without credibility, emptied of its content and far from its preliminary objectives, noted the same source, explaining that the procedure for its examination and approval within the said parliamentary commission has not been completed.

In addition, it represents the point of view of some, and not an institutional work, because it does not include the response of the Minister of Health to the remarks it contains. The ministry would like to point out that it has concluded contracts under the laws and organic texts in force and strengthened the internal control system, in order to supervise the administrative facilities imposed by the state of health emergency.

Also, all companies with which the ministry has concluded contracts are declared, while medical supplies and equipment acquired under Covid-19 contracts are registered in accordance with the provisions of Law 12-84 relating to medical equipment.

Regarding the number of companies (45) appearing in the report as not being declared to the Ministry of Health, the same source said that the names of some companies appear more than once in the list, which shows the lack of accuracy and that the commission’s remarks were not presented to the ministry for a response before their leak.

Among the companies wrongly cited are national companies that are leaders at the national and continental levels, including companies that have signed agreements with the public authorities as part of an international strategy aimed at achieving health security and fostering the Kingdom’s positioning in the club of vaccine-producing countries.

While refusing to undermine its executives and partners and condemning the denigration of the results achieved in the fight against the pandemic, the ministry expressed its willingness to continue to communicate transparently about the management of the health crisis.

It called to respect precision in the dissemination of information and to stop spreading allegations and to combine efforts and continue mobilization to contain the pandemic and ensure the success of the national vaccination campaign.