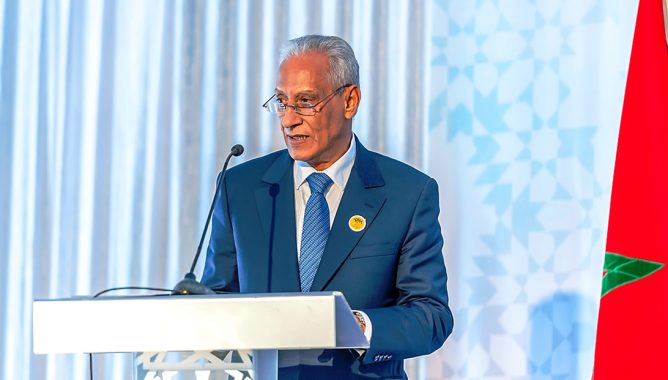 The Kingdom of Morocco is a sovereign state with a judicial authority whose autonomy is constitutionally guaranteed, said, on Wednesday, Delegate General at the Prison and Reintegration Administration (DGAPR) Mohamed Saleh Tamek, who was speaking as a Moroccan patriot.

Tamek’s reaction comes in response to the remarks by the Secretary General of “Reporters Without Borders” (RSF) Christophe Deloire, about the Moroccan judicial system, issued on the sidelines of the judicial hearing held on June 22 at the Court of Appeal of Casablanca as part of the common law case in which detainee Soleimane Raissouni is prosecuted for rape and kidnapping.

While giving lessons in a civilizing colonist’s attitude, the person concerned (Editor’s note: Christophe Deloire) seems to have forgotten the fact that the Kingdom of Morocco is a sovereign state with a judicial authority whose autonomy is constitutionally guaranteed, said Tamek in an article published on the website “Maroc Diplomatique” under the title “Another Charles de Foucauld is Among Us.

” Tamek said, in this regard, that the secretary general of RSF has displayed “a contemptuous attitude towards the Moroccan justice system by indirectly reclassifying the case in question in terms of violation of press freedom, implying that, in Morocco, justice is instrumentalized and freedom of expression and press is scorned.

“The statements of the person concerned are underpinned by the ulterior motive or bias that suggests that the said detainee is incarcerated for reasons other than the charges of rape and kidnapping for which he is being prosecuted. Reason for which he completely ignored the rights of the other party in this case and coordinated and met with people belonging to a clan known for its skepticism and nihilism,” he said.

For Tamek, the Secretary General of RSF “should have abandoned his partiality and asked himself why he bothered to come to Morocco to defend two journalists involved in sex scandals and not respond to people like Radi Leili, Mostapha Adib and Zakaria Moumni who enjoy airtime in the French media to make comments by which they seek to undermine the Kingdom.

“The person concerned allows himself, as secretary general of RSF, to give moral lessons to the Kingdom in terms of freedoms and human rights, even though he knows very well that this organization with such an inglorious past (extreme deviation of its ex-secretary general) is itself in need of a moral facelift,” concluded Tamek.