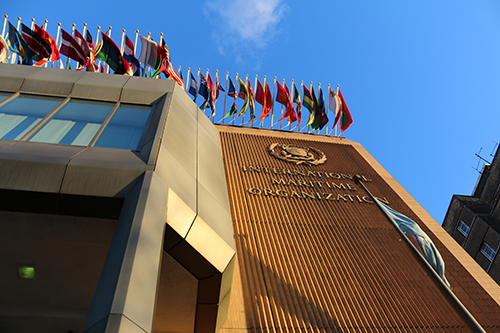 The Kingdom of Morocco was re-elected, by an overwhelming majority, to the Council of the International Maritime Organization (IMO) for the period 2022-2023, on the occasion of the 32nd Assembly of IMO, held in London from December 6 to 15.

Candidate for one of the twenty seats in Category C of the IMO Council, Morocco has been able to garner the support of the majority of member states of the Organization, thanks to the mobilization of the entire diplomatic apparatus of the Kingdom, in close coordination with the Ministry of Transport and Logistics, said a statement by the Ministry of Foreign Affairs, African Cooperation and Moroccans Abroad.

This re-election, thanks to which Morocco will begin its 15th term in the IMO Council, reflects the credibility of the maritime strategy that Morocco is implementing, in accordance with the vision of His Majesty King Mohammed VI, said the same source.

As a maritime nation par excellence due to its geostrategic position, its long naval tradition and the maritime potential offered by its 3,500 kilometers of coastline on the Mediterranean and Atlantic seaboards, the Kingdom makes a substantial contribution to the fulfillment of the IMO mandate, of which it has been a member since 1962.

As a member of the Council, Morocco will continue its action for the implementation of the objectives defined in the strategy of the Organization in the areas of environmental protection, climate change, safety and security of ships, technical developments and training of seafarers.