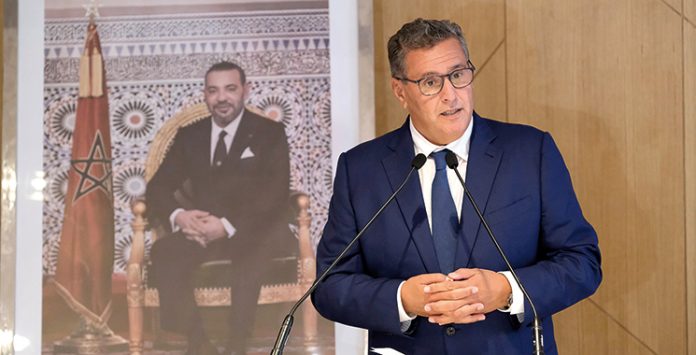 The Head of Government, Aziz Akhannouch, held talks on Thursday via videoconference with representatives of the International Monetary Fund (IMF), in the presence of the Ministry of Economy and Finance, represented by the Treasury Department of the Kingdom.

The IMF representatives presented the preliminary findings of the mission on the assessment of economic developments in Morocco, as well as the economic policies implemented under the government program, said the Head of Government’s Department in a statement.

The Head of Government recalled that Morocco has recently held the general elections which were marked by a high turnout, as citizens have expressed significant expectations and a great desire for change, added the statement.

“Under the leadership of HM the King, the Government is implementing an ambitious vision to meet Moroccan’s expectations,” said the Head of Government, quoted in the statement. For the next five years, the government has set out its main priorities reforms in the sectors of health and social protection, education, employment and administration.

The government is committed to boosting private investment, encouraging entrepreneurship and restructuring public institutions to revive the economy in light of the health crisis. These commitments will undoubtedly have positive effects on growth, macro-economic balances and in this case, the sustainability of public debt, explained the Head of the Government.