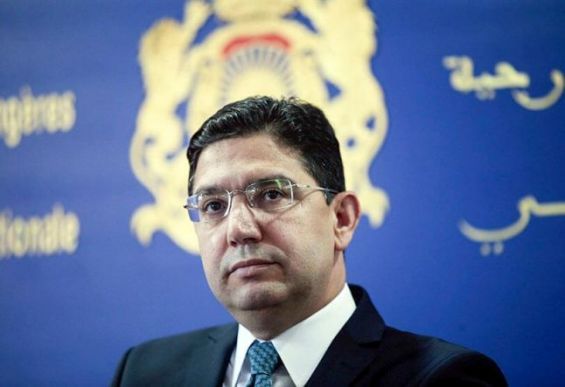 The Kingdom of Morocco, in accordance with the High Instructions of King Mohammed VI, will always stand by the legitimate Libyan institutions and support international efforts to resolve the crisis that this Maghreb country is going through, within the framework of what has been agreed between the various Libyan parties, including the holding of elections on their scheduled date, said Thursday in Rabat, minister of Foreign Affairs, African Cooperation and Moroccans Abroad, Nasser Bourita.

“Morocco considers that the organization of elections should be the main objective of the next stage in Libya,” said Bourita in a statement to the press after his talks with speaker of the Libyan House of Representatives, Aguila Saleh, emphasizing the need for the involvement of all Libyan institutions in the preparations for these elections so that they can take place in the best conditions.

Morocco, he added, is in permanent contact with all Libyan institutions, including the House of Representatives as a key institution in the process of preparing the elections in Libya (legislative and presidential), which will allow Libyans to elect the institutions that represent them.

For his part, Saleh said that Morocco plays a central role in the process of resolving the Libyan crisis, adding that “the Kingdom supports us daily and is in constant contact with us to achieve this goal”.

He welcomed, in this regard, the major role played by Morocco in this issue, under the leadership of HM King Mohammed VI, praising the historic positions of the Kingdom and its support for the achievement of the will of the Libyan people for the holding of presidential and legislative elections.

Saleh also stressed the need to hold these elections on their scheduled date (December 24), under the supervision of the international community, while ensuring that these polls are honest, noting that all measures have been taken in anticipation of these elections.

“There is no solution to the Libyan crisis other than holding fair parliamentary and presidential elections that will result in institutions that have the support of all Libyans and will work for reconciliation and unification of state institutions,” he stressed.

“We rely heavily on the role and support of Morocco to hold these elections on their scheduled date and allow the Libyan people to choose their representatives with transparency and honesty,” concluded Saleh.