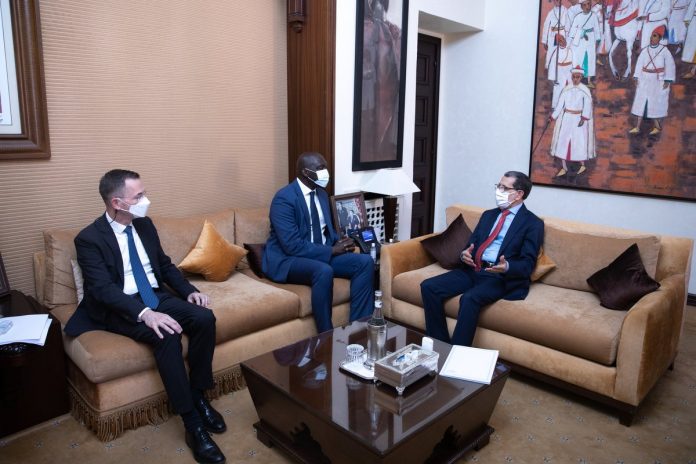 Relations between Morocco and the World Bank (WB) were the focus of discussions, Thursday in Rabat, between head of Government Saad Dine El Otmani and Makhtar Diop, Managing Director of the International Finance Corporation (IFC) – a member of the WB group – who is on a working visit to Morocco.

According to a statement by the presidency of the Government, this meeting was an opportunity for El Otmani to express his satisfaction with the quality of cooperation between the two parties and the partnership with the WB in several programs, projects and major strategies initiated by Morocco, in addition to the support, by the IFC, of the efforts made by the Kingdom as part of the improvement of the business environment and the strengthening of the dynamics of the national economy.

The head of Government also affirmed that Morocco aims to further strengthen this partnership within the framework of the flagship reform strategies and programs that are being implemented, particularly in the area of governance of public institutions, public-private partnership and integration of the informal sector.

For his part, Diop welcomed Morocco’s achievements in strengthening and modernizing the basic infrastructure network, developing an environment conducive to investment initiatives, as well as the Kingdom’s success in dealing with the repercussions of the novel coronavirus crisis (covid-19).

Morocco is one of the destinations of choice for IFC investments, which should approach $ 300 million in fiscal year 2021, he added.

The two parties also discussed the prospects for cooperation under the IFC program aimed at strengthening African integration and intra-African trade, in light of the pioneering experience acquired by Morocco through its African policy, in addition to the large presence of the Moroccan private sector on the African continent in vital sectors such as agriculture, telecommunications, basic infrastructure, bank financing, education and training, etc.