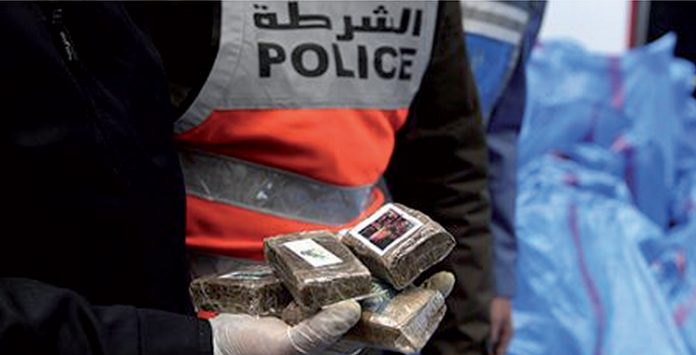 Judicial police foiled, Friday, an attempt of drug trafficking and seized two tons and 490 kilograms of chira on board a truck transporting goods.

The driver of the vehicle was arrested near the city of Mohammedia as he was preparing to pass a large quantity of chira between the cities of Tangier and Agadir, said a statement by the national police (DGSN).

Search operations carried out inside the truck led to the seizure of two tons and 490 kg of chira which were carefully packed and hidden in wooden boxes and cubes.

The suspect, aged 59, was placed in custody to complete the investigation conducted under the supervision of the prosecutor’s office, to clarify the ins and outs of this case, while research and investigations are underway for the arrest of other accomplices.