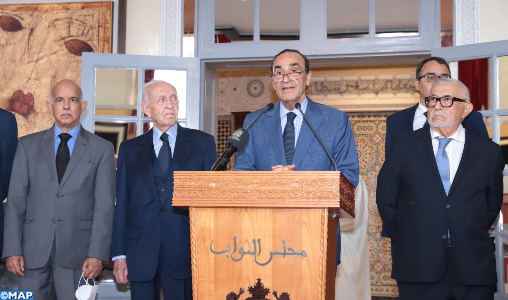 Speaker of the House of Representatives Habib El Malki underlined the importance of preserving the Moroccan “parliamentary memory” by creating a dedicated national museum. El Malki was speaking on Wednesday at the inauguration ceremony of the exhibition “Parliamentary Memory” at the headquarters of the House of Representatives. He called for a national museum project dedicated to parliament history and legislation, as well as to the constitutional and political “capital” of Morocco.

El Malki expressed his wish to see the contemporary and democratic country of Morocco endowed with a space that is rich in content, ideas, presentations and symbols, a space that can be among the distinctive features of the Kingdom and its people, said a statement by the lower house. He also pointed out that this exhibition is the result of fruitful cooperation between the House of Representatives and the Archives Institution of Morocco, under the partnership agreements signed between the two parties. El Malki also stated that the history of the law-making institution is linked to national figures and symbols of various political and intellectual references and families, as well as to leaders of parliamentary action or others who have contributed to its enrichment.