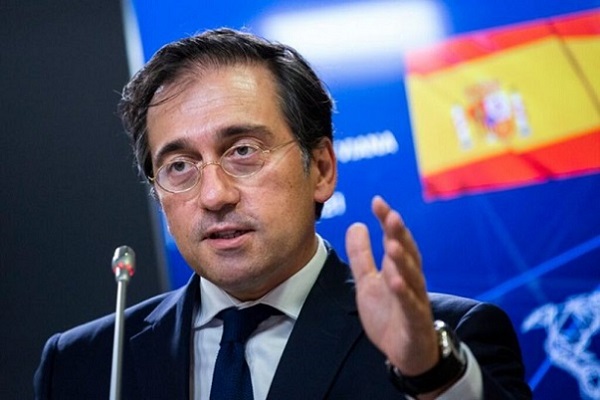 Spanish Minister of Foreign Affairs, European Union and Cooperation, José Manuel Albares, stated, Tuesday, that ”without the collaboration” of Morocco, it would be ”impossible” to control illegal migration flows.

Upon arrival at the hospital site, the delegation led by Lieutenant General Belkhir El Farouk, Inspector General of the FAR and Commander of the South Zone, and U.S. Major General Michael J. Turley were briefed on the objectives of this medical initiative, the human resources mobilized for the success of the operation, the type of services provided to the local population, and the number of beneficiaries.

The deployment of this hospital, which mobilizes medical teams consisting of doctors and nurses of the FAR and the U.S. Army, is part of the side humanitarian activities of the joint Moroccan-US exercise “African Lion 2022”.

The 18th edition of the African Lion 2022 exercise is taking place under the High Instructions of His Majesty the King, Supreme Commander and Chief of General Staff of the FAR.

Operational since June 13, the hospital provides medical and surgical services benefiting the local population until June 30. Medicines and corrective glasses are offered to patients free of charge.

The field hospital, which provides services to the local and neighboring population, is supervised by 151 Moroccan and US medical staff, 110 supporting staff, and 11 social workers of the FAR, who offer services related to education and mother and child health.

“African Lion 2022” is a combined joint exercise held each year by the FAR and the U.S. Armed Forces.

This year’s edition (June 20-30) sees the participation of 10 African and international countries, including Morocco and the United States, as well as some 20 military observers from partner countries. The exercise is taking place in the regions of Agadir, Benguerir, Kenitra, Mahbes, Taroudant and Tantan.