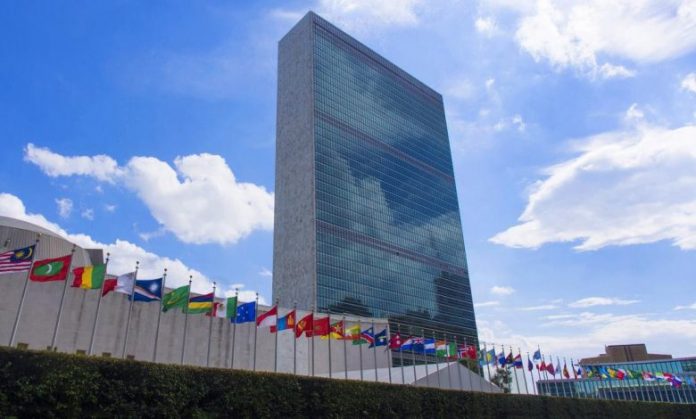 The General Assembly of the United Nations adopted, on Wednesday, unanimously by its 193 member states, a resolution presented by Morocco on the fight against hate speech, which proclaims, for the first time in the history of the United Nations, June 18 of each year as “International Day Against Hate Speech”.

The adoption by consensus of this historic and extremely important resolution comes in a global context marked by the growing and proliferation of hate speech.

It has been co-sponsored by more than 75 countries, coming from all regional groups and various cultural and religious backgrounds. This testifies to the respect and esteem for the role of the Kingdom as a regional and world leader for the promotion of the values of peace, tolerance and interfaith and intercultural dialogue, in accordance with the High Guidelines and the insightful and humane Vision of  King Mohammed VI.

During the presentation of this resolution to the General Assembly, the Ambassador, Permanent Representative of Morocco to the United Nations, Omar Hilale, stressed that the exacerbation of hate speech goes against the values of peace, tolerance, and coexistence, enshrined in the United Nations Charter and the International Covenant on Civil and Political Rights.

He added that “HM King Mohammed VI, Commander of the Faithful, was aware, early on, of the dangers posed by hate speech spread by violent extremism, obscurantism, populism, as well as racism of all kinds.

He noted that in order to face these dangers, the Sovereign has been advocating for a solidarity-based vision of the world, and this long before the Covid-19 crisis. The Moroccan ambassador said that the objective of this resolution stems from this humane vision of both human and inter-state relations, based on confessional coexistence, intercultural harmony and civilizational consubstantiality.

The founding principle of all these universal values being the acceptance of the human and the other in their plural diversity, he said. The Moroccan resolution sets out three concrete actions of multilateral engagement, of which the United Nations will be the catalyst, in order to strengthen the fight against hate speech, racism and discrimination, namely:

• The proclamation of June 18 of each year as the “International Day against Hate Speech”;

• The convening of a high-level meeting of the General Assembly on June 18, 2022, to commemorate the first International Day against Hate Speech;

• The call on Member States to support transparent and accessible systems to identify, monitor, collect data and analyze trends in hate speech, with a view to supporting effective responses against it.