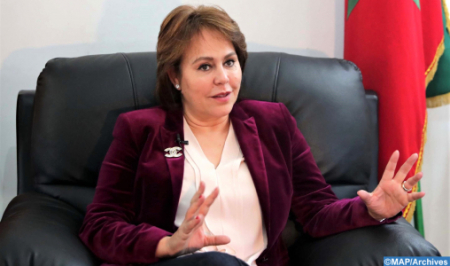 Royal Moroccan Federation of Volleyball President Bouchra Hajij was re-elected vice-president of this sport’s Arab Union for a second term, during the general assembly of this body, held Saturday in Bahrain’s Manama.

The work of this conclave was marked by the election of the Kuwaiti Abdelhadi Chabib new president of the Arab Union for a term of four years (2022-2025), succeeding the Bahraini Sheikh Mohammad bin Ali bin Rached Al Khalifa.

Bouchra Hajij, who had held several responsibilities in the committee in charge of the development of women’s sports and the Arab Volleyball Union, participated in a series of workshops on improving the image of women in the sports sector.

She was also appointed member of the Development Commission of the Association of National Olympic Committees of Africa (ANOCA).