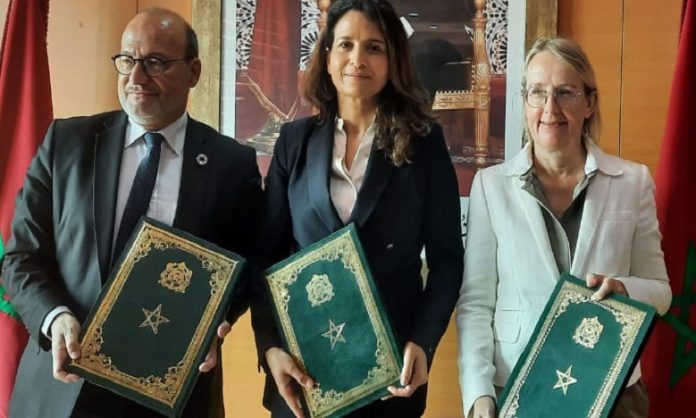 A memorandum of understanding aimed at strengthening cooperation between Morocco and France in the field of climate and sustainable development was signed, Friday in Rabat, between Ministry of Energy Transition and Sustainable Development and the French Development Agency (AFD).

Under this protocol, inked by Leila Benali, Minister of Energy Transition and Sustainable Development, Rémy Rioux, Director General of AFD and Hélène Le Gal, Ambassador of France to Morocco, AFD supports Morocco in the formulation of the long-term quantitative low-carbon strategy, a statement said.

AFD will support the development of the strategy in partnership with the “2050 Pathways Platform”, an initiative launched during the COP22 in Marrakech to support countries wishing to develop such strategies, and the United Nations Environment Programme (UNEP).

The strategy is meant to achieve an ambitious low-carbon transition that is resilient to the extreme effects of climate change, which is a source of opportunities for socio-economic operators, productivity gains and competitiveness as well as job creation.

It will be based, among other things, on modeling scenarios of technical-economic trajectories and greenhouse gas (GHG) emissions in Morocco in the long term as well as on the orientations of the New Development Model.

This process, which will be carried out according to a participatory and inclusive approach, will see, underlined the statement, the holding of a series of training and capacity building workshops for the benefit of the project owner and sectoral partners in modeling decarbonation scenarios and in estimating the costs and benefits resulting from the proposed mitigation policies and technological measures.

Morocco had already developed a long-term qualitative low-carbon strategy, and submitted it to the Secretariat of the United Nations Framework Convention on Climate Change in accordance with the provisions of the Paris Agreement in December 2021, the statement said.