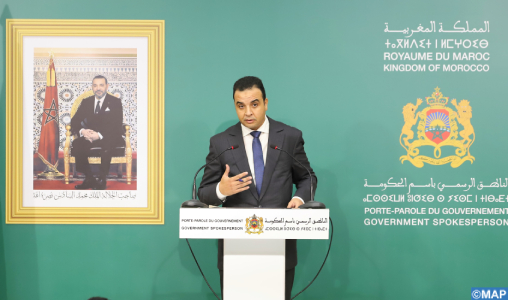 The government is making “great” efforts to preserve the purchasing power of citizens, said, Thursday in Rabat, the minister delegate in charge of relations with Parliament, government spokesperson, Mustafa Baitas.

The Government is sparing no effort to preserve price stability, especially through the Compensation Fund which allocates more than 17Bln Dirhams as a commodity subsidy, the official pointed out at a press briefing following the Government Council.

Noting that the prices of local products, particularly agricultural products, have remained stable, the minister stressed that the rise in the prices of exported products is explained by the recovery of the global economy and the increase in demand for raw materials, especially oil whose price is approaching the ceiling of 100 dollars.

He also pointed out that the government has launched a series of initiatives for the creation of direct employment opportunities, including the “Awrach” and “Forsa” programs, and engaged in dialogue with social actors, in addition to the launch of the social protection generalization project.