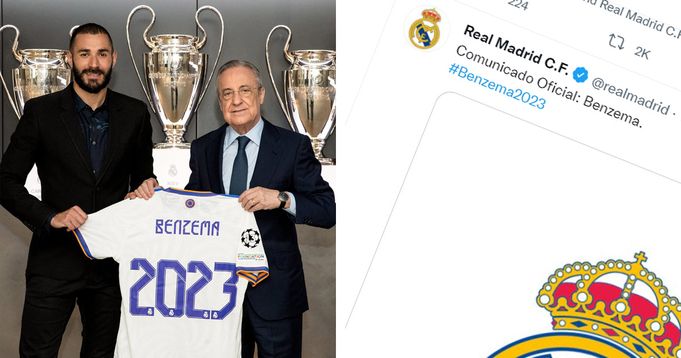 French striker Karim Benzema has signed a new contract with Real Madrid. “The deal will keep the striker at the club until 30 June 2023,” the Spanish club announced Friday in a release.

After joining Real Madrid in 2009, Benzema has made 560 appearances in all competitions for the Spanish giants and has become the club’s fifth all-time leading goalscorer with 281.