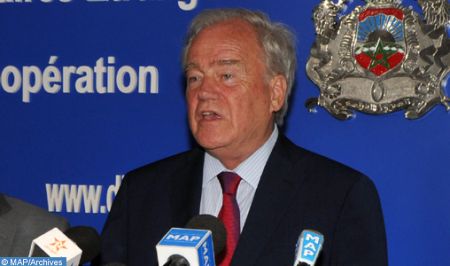 The president of the France-Morocco friendship group at the French Senate, Christian Cambon “regretted”, on Friday, the resolution adopted by the European Parliament regarding the Kingdom, stressing that this position does not reflect the privileged EU-Morocco partnership.

“Christian Cambon, senator (Les Républicains – Val de Marne) and president of the France-Morocco friendship inter-parliamentary group at the Senate, took note with astonishment and disappointment of the resolution adopted on June 10, 2021 by the European Parliament, concerning the bilateral dispute between Spain and Morocco, triggered following the hosting of the leader of the Polisario Front in a Spanish hospital”, he said in a press release. For him, this resolution has “no binding value”, condemning the instrumentalization of the migration issue by MEPs for political purposes. He recalled in this context, the “key role of Morocco in strengthening the fight against illegal immigration and providing concrete solutions to the issue of unaccompanied minors, which raises human tragedies and weighs heavily

on French local communities”. President Christian Cambon regretted that the European Union was involved in a bilateral dispute which concerns one of its member states, said the press release. He recalled that the European Union and Morocco have “very close” ties of friendship and cooperation in political, economic and cultural matters, noting that Morocco, which has an advanced status since 2008, is a “privileged partner” of the European Union and France and a real bridge between Europe and Africa. For Cambon, “faced with the current security, migration and development challenges, particularly in the Sahel, strengthening this partnership is a priority”.