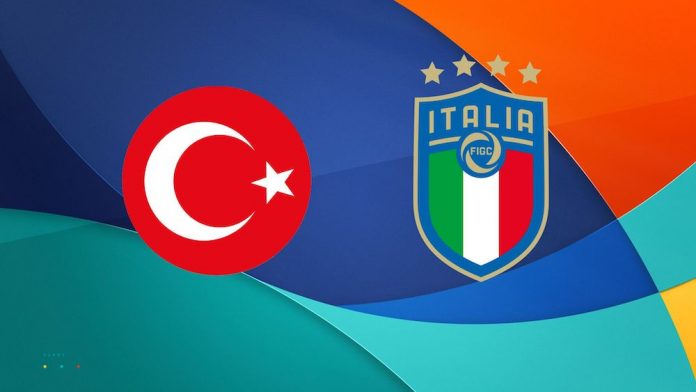 Italy are seeking to win the Euros for a second time after lifting the trophy on home soil in 1968 while Turkey could be a surprise package in Group A.

It seems appropriate that Italy, the first country in Europe to be overwhelmed by the coronavirus pandemic, are hosting the opening game of the European Championship.

The biggest crowd to gather in the country for a year and a half will witness an Azzurri squad, aiming for a second European title, play a Turkey team aiming to spring a surprise at the Stadio Olimpico in Rome (Friday: kick-off 8pm).

“We’ve been waiting a year for this and we can’t wait to experience hearing 15,000 people singing the national anthem,” veteran Italy defender Leonardo Bonucci said. “Football with fans inside the stadium is a different sport.”

After embarrassingly failing to qualify for the 2018 World Cup, Italy won all 10 of their qualifying matches for Euro 2020 and enter the tournament on a 27-match unbeaten run.

“We want to go all the way,” Bonucci added. “Other national teams have more experience but we can play with anyone. We don’t have a (Romelu) Lukaku or a Cristiano Ronaldo. Our strength is the team.”

Turkey took four points off France in qualifying, including a 2-0 win over the World Cup winners, and lost only one of their matches to finish second in Group H.