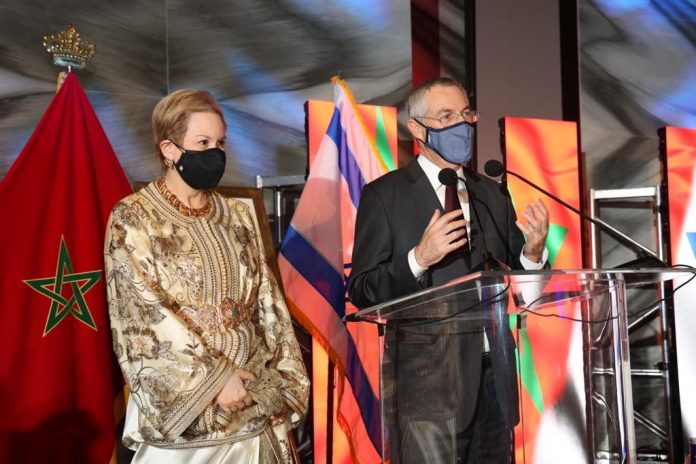 The embassies of Morocco and Israel in the United States celebrated Thursday in Washington the first anniversary of the tripartite agreement Morocco-Israel-US, which triggered a cooperation momentum for development and peace with the resumption of diplomatic relations between Morocco and Israel.

Chaired by the Ambassador of the Kingdom in Washington, Lalla Joumala Alaoui, and the Ambassador of Israel, Michael Herzog, the ceremony was attended by several high-profile guests, including the U.S. Acting Assistant Secretary of state for Near Eastern Affairs, Yael Lempert, congressmen, diplomats and representatives of political, economic and cultural circles. 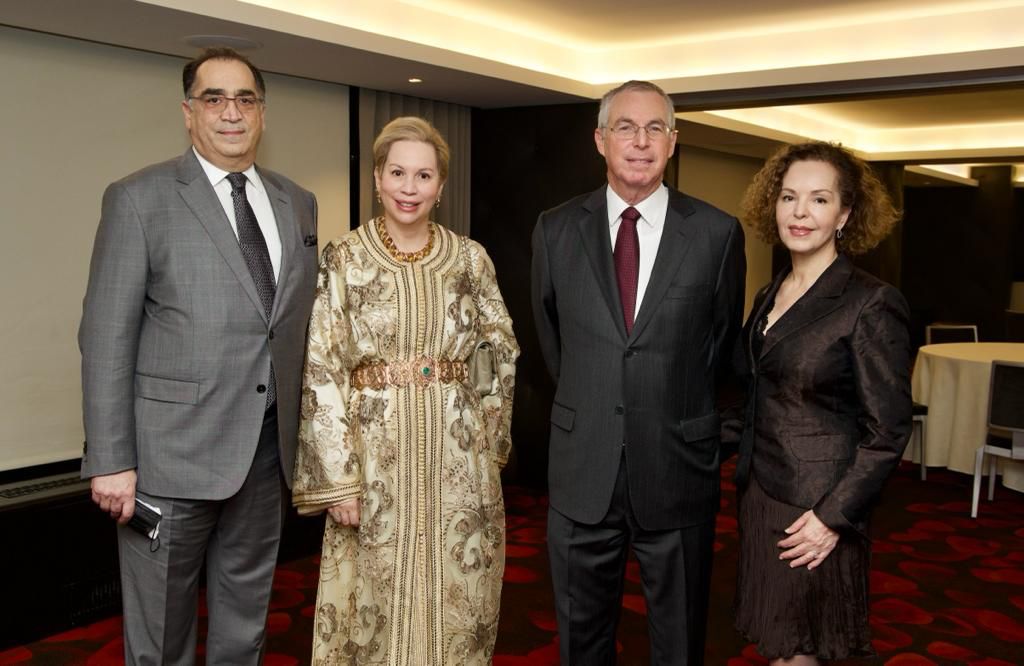 In an opening speech on this occasion, the Moroccan ambassador described the tripartite agreement as “a historic moment that paved the way, along with the Abraham Accords, for an unprecedented momentum for peace, prosperity, partnership, and mutual respect in the region.”

“Under the leadership of His Majesty King Mohammed VI, a bold step was taken a year ago to restore diplomatic ties with Israel and open a new chapter in our bilateral relations,” she noted, adding that this initiative reflects “the natural development of an already rich relationship, multilayered and long-standing, marked by the Kingdom’s deep attachment to its Moroccan Jewish community and the firm commitment of HM King Mohammed VI, and His ancestors, to the safeguard of the Hebrew heritage in our country. ” 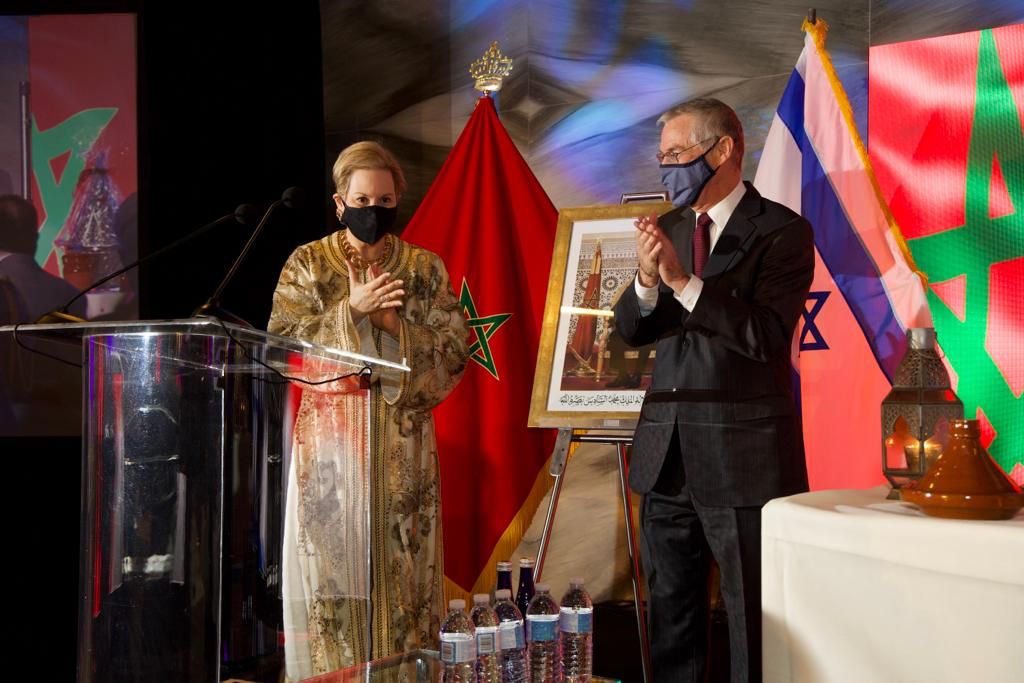 “The foundations of peace laid over the past year are already bearing fruit by positively impacting the lives of the peoples of the region,” said Lalla Joumala Alaoui, adding that it is “difficult not to be filled with optimism for the future when one observes the enthusiasm and the significant impulse that the trilateral agreement and the Abraham Accords have generated since 2020.”

“Collectively, we must work tirelessly to ensure that the accomplishments of the past year are extended and deeply rooted at the human level. This will be the driving force behind a lasting and sustainable peace dynamic in the region,” stressed the ambassador.

For his part, the Israeli ambassador in Washington said that the agreements for the resumption of Moroccan-Israeli relations have launched “a new chapter in our special relationship that goes far beyond the aligned geopolitical interests.” 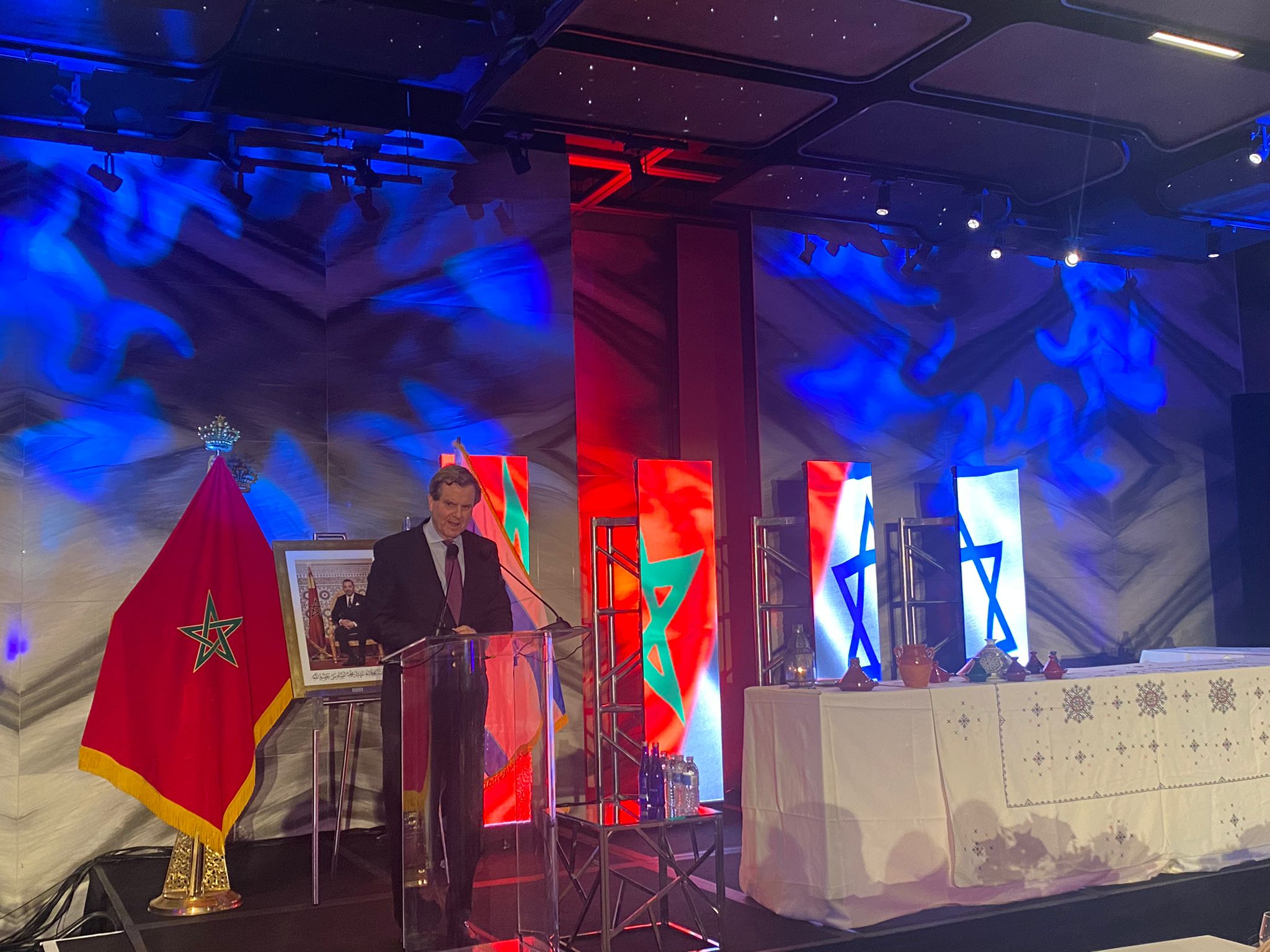 “The relationship between the Jews and Morocco is ancient, unique, and remarkable. Generations of Jews have found refuge throughout Morocco at various times over the past millennia,” the diplomat said.

He recalled that the late HM Mohammed V “courageously withstood the Nazis, preventing them from eradicating the Moroccan Jewish community during the Holocaust,” adding that HM Mohammed VI has taken a “historic step” by ordering the inclusion of the study of Jewish history in the Moroccan education system.

“Equally historic, HM the King has initiated a project to rehabilitate Moroccan Jewish schools, synagogues, and cemeteries,” he pointed out.

For Israel, Herzog said, “Morocco is a key player in the Middle East and Africa,” being “a voice of reason, moderation, and reconciliation.”